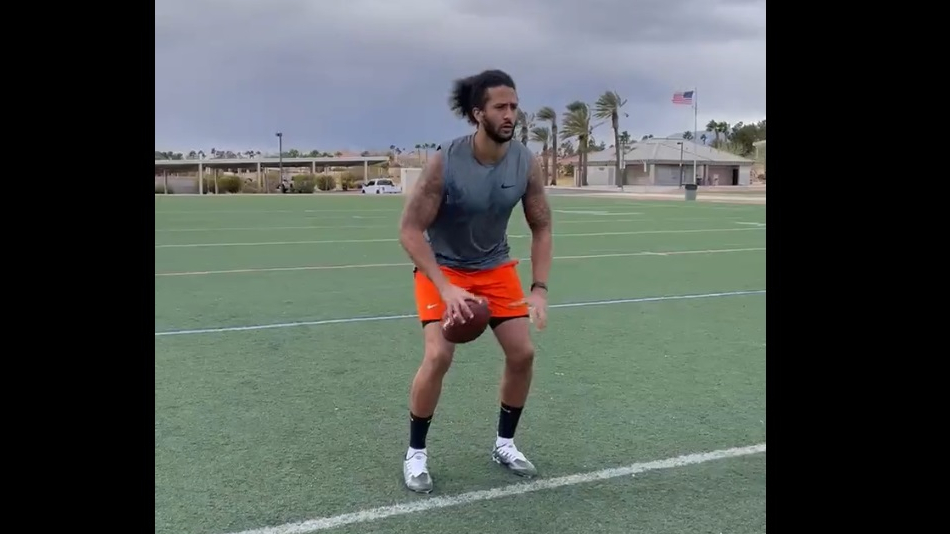 Former and aspiring NFL quarterback Colin Kaepernick has not given up on his dream of becoming a player in the NFL once again.

The activist, who has been absent from the league for the last six years, took to his Twitter account to show he still has it and invited other players willing to help him with his workouts to join him.

He has reminded people that he has always been and is still ready to contribute to any NFL team that will take a chance on him.

For The past 5 years I’ve been working out and staying ready in case an opportunity to play presented itself. I’m really grateful to my trainer, who I’ve been throwing to all this time. But man, do I miss throwing to professional route runners.

Who’s working?? I will pull up

After asking if anyone is up to work with him, he did get several offers and has taken advantage of the opportunities. One of those players was Seattle Seahawks wide receiver, Tyler Lockett. He offered to meet up with Kaepernick along with his brother.

Love to you and your brother! I’ll be there tomorrow. I’ll dm you to coordinate. https://t.co/wiJFVPnYD0

Lockett met up with Kaepernick and filmed the session on his Instagram Live.

Is he going to get a shot at an nfl return? pic.twitter.com/bL4MLytmxv

Great work today @tdlockett12 It felt great being out there with you. Thanks for everyone who tapped in via stream with us . The full video of the workout will be posted tomorrow.

Looking forward to doing it again! Who else is working? I’ll pull up

After that workout, another offer came in from Rischad “Footwork King” Whitfield.

Make it down here to Houston, Texas @Kaepernick7 ! I’m ready to work for sure! https://t.co/ScC59nExtd

So, now that arrangement should be in the works.

I’ll be there tomorrow! I’ll hit you up to coordinate. Let’s get it!!! https://t.co/wX7uiniXBu

Last month, ESPN Films announced that award-winning director Spike Lee would be directing a documentary on the controversial former NFL quarterback Colin Kaepernick for ESPN. Lee has started production on the previously reported multi-part documentary on Kaepernick. The film will be a part of The Walt Disney Co’s overall first-look deal with the production company owned by Kaepernick, Ra Vision Media.