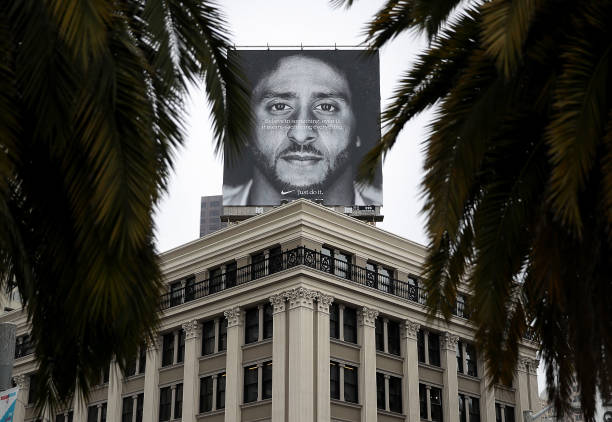 That was quick! According to CBS News, the Colin Kaepernick and Nike Air Force 1 collaboration, “True to 7” has sold out minutes after debuting Monday.

As described on the Nike site, “The newest iteration, the Nike Air Force 1 x Colin Kaepernick is inspired by the voice of the athlete and his True to 7 storytelling. The luxe black leather upper is accented by a reflective swoosh and other high-touch accents in white and black. The shoe also incorporates a series of graphics including a portrait of Kaepernick embroidered on the heel tab, his personal logo on the tongue, a patterned sock liner and a number seven hangtag.” And directly under the description is an unclickable button saying simply “sold out.”

“This Air Force 1 season, Nike partnered with a collective of collaborators to design an AF1 that connects to their life personally. Colin was identified because we believe his voice and perspective inspire many generations on and off the field,” Nike said in a statement to CBS News.

The Nike/Kaepernick collaboration helped Nike and the ad agency that created the ad win an Emmy for outstanding commercial at the 2019 Creative Arts Emmy Awards. The commercial, titled “Dream Crazy,” features Kaepernick alluding to the sacrifice he made by initiating the #TakeAKnee movement, which ultimately cost him his career in professional football. “Believe in something even if it means sacrificing everything,” he says in the ad.

Kaepernick, who played in Super Bowl XLVII for the San Francisco 49ers in 2013, lost his job in 2016 after taking a knee during the national anthem to protest racial injustice in America. The act sparked the controversial #TakeAKnee movement. Although the NFL said that it is not colluding on keeping Kaepernick from getting signed, he sued the league and eventually settled out of court for an undisclosed amount last year. He still remains a free agent.