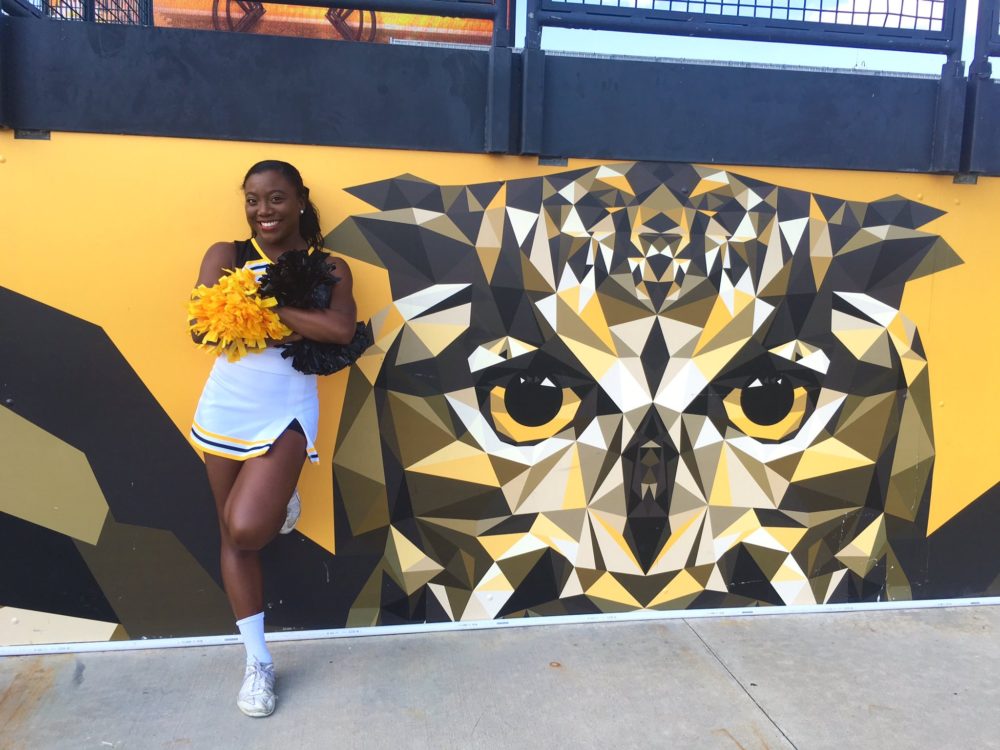 Taking a knee seems to get attention. According to The Huffington Post, a college cheerleader who took a knee during a game won a $145,000 settlement.

The Georgia college cheerleader was inspired by Colin Kaepernick and his stance against racial injustice and followed in his footsteps by kneeling at a college game. Tommia Dean has won a $145,000 settlement against Kennesaw State University after they attempted to punish her for doing so.

Dean and four other cheerleaders made headlines during a December 2017 football game when they decided to take a knee during the national anthem to protest police brutality and racism. The cheerleader agreed to the settlement in October, practically two years after they took the action in protest.

Tommia Dean sued Kennesaw State University’s then-President Sam Olens, alongside Scott Whitlock and Matt Griffin who worked for the KSU athletics department at the time. She dropped her lawsuit after settling with the Georgia Department of Administrative Services for $145,000.

“A compromise has been reached,” the agreement obtained by Marietta Daily Journal states. “The intent of this agreement is to buy peace of mind from future controversy and forestall further attorney’s fees, costs, or other expenses of litigation, and further that this agreement represents the compromise, economic resolution of disputed claims and, as such, shall not be deemed in any manner an admission, finding, conclusion, evidence or indication for any purposes whatsoever, that the KSU defendants acted contrary to the law or otherwise violated the rights of Dean.”

In Dean’s complaint, she charged officials, specifically Cobb County Sheriff Neil Warren and state Rep. Earl Ehrhart, R-Powder Springs, had conspired against the cheerleaders by not allowing them on the field during the anthem after their initial protest. The cheerleaders were not allowed on the field at the next game until after the national anthem was played. Officials of the state university system concluded two months later that the women had a constitutional right to protest and that Kennesaw should not have kept them off the field unless their actions caused a disruption. Kennesaw State University’s then-president Sam Olens was forced to resign because of the school’s actions.