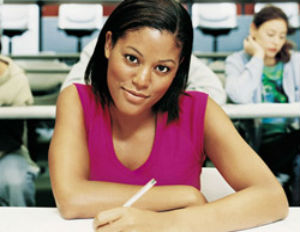 This piece was written by Jill Barshay, a contributing editor at the Hechinger Report where it was orginally published. It is reprinted here with permission.

WithÂ 17% of borrowers behind in their payments or in default on the nation’s $1.2 trillion in college loans, it’s not surprising that student debt is emerging as a campaign issue for the 2016 election. It’s not only an important public policy problem, but also a matter that resonates with young millennials and might lure them to the polls on election day, according to a Washington Post analysis on May 24.

But some proposals, such as eliminating student debt at public colleges or reducing interest rates, might not target the borrowers who are struggling the most. An April 2015 Urban Institute report points out that student debt isn’t a problem for the typical undergraduate student, but rather for smaller groups of atypical students.

“I read so much about how student debt is ruining people’s lives, but most people with student debt are just doing fine,â€ said Sandy Baum, one of the co-authors of “Student Debt: Who Borrows Most? What Lies Ahead.â€

“It’s really important to understand exactly who are the people who are borrowing unmanageable amounts of money. There’s not one solution for all of them,â€ Baum added.

Baum, a longtime expert in college costs and student debt, studied the most recent data at the National Center for Education Statistics. In an interview, she identified three categories of student debtors who deserve attention.

The reason that the “averageâ€ student’s debt is so high – almost $23,000 – is because theÂ figure includes the loans of graduate students, who are permitted to borrow unlimited amounts from the federal government up to the cost of attendance. Sixty-five percent of 2012 graduates who borrowed $50,000 or more were graduate students.

Many of them find high-paying jobs after graduation. With the downturn in the legal field, some law school graduates might be suffering. “But these are people with B.A.’s,â€ said Baum. “You can argue they knew what they were getting into.â€

Of course, these students would welcome a reduction in student loan interest rates. But Baum argues that the savings would be a “windfallâ€ to upper-income Americans. Low-income Americans tend to have smaller debts, she said, and wouldn’t benefit as much.