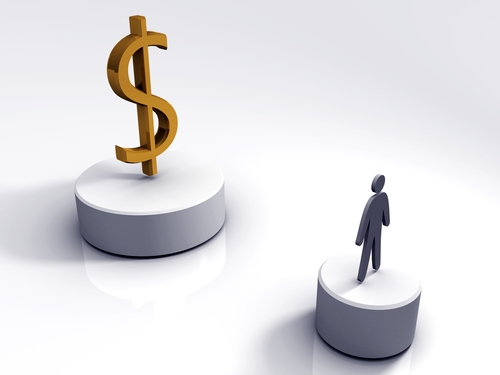 “We think the most important factor between 2007 and 2013 was the concentration of assets in housing, combined with relatively high debt,â€ William Emmons, senior economic adviser at the Center for Household Financial Stability at the Federal Reserve Bank of St. Louis, and one of the authors of the study, tells BlackEnterprise.com.

“When house prices declined, the debt did not go away. This amplifies the loss of wealth, what economists call ‘the leverage effect of debt…Among Black families without college degrees, fewer owned homes, so they were not as exposed to house-price declines,â€ Emmons adds.

“If that student took on a mortgage or other debt soon after college, the overall debt burden could be excessive. The crash in housing values and the economy then would hit this young family very hard. We think this scenario occurred for many young black and Hispanic college grads,â€ says Emmons.

In addition, Emmons points out that a lack of generational wealth is playing a role in the financial fortunes of college educated Blacks.

“There is no question that families with more wealth can provide financial protection to family members when they suffer short-term difficulties. Because black and Hispanic families generally have less wealth than Whites or Asians, they could not provide as much assistance during the downturn. We can’t quantify this risk-sharing benefit but we know it exists.â€

While debt levels and a lack of generational wealth make it difficult for college-educated Blacks to find their financial footing, Fed researchers say one of the most significant challenges this group faces is discrimination.

“We believe that discrimination remains a problem in many workplaces. It may be conscious or unconscious bias. There is strong evidence of discrimination in the experiments that send virtually identical resumes to employers but with different names–one that “sounds whiteâ€ vs. one that “sounds black.â€ The resumes of the applicant assumed to be black receive fewer interview offers.â€

In addition, while this study and others bring attention to Blacks being on the losing side of the wealth gap, our financial lives are evolving.Â  Nielsen finds that Blacks earning more than $75,000 a year are the fastest growing income group in the country.