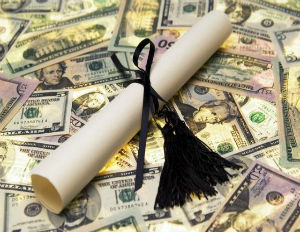 I recently learned about a school that I wish I’d known about years ago: Williamson College of the Trades. If you know of a young man (under the age of 20) who needs a postsecondary education but perhaps likes to work with his hands, this may be the school for him.

It’s all-male, and its foundation and driving principles are rooted in the Judeo-Christian world view. The three-year program offers associate degrees in well-paying trades like machine tool technology, carpentry, and masonry. But here’s the really exciting part:

There’s been a lot of talk recently about Career and Technical Education, or CTE, but Williamson has been around since 1888. I love that it appears to hew closely to its founder’s original values and purpose, for example, preference is given to applicants that are poor.

Read this post from the president of Williamson, Michael J. Rounds, a retired U.S. Army lieutenant colonel, originally published in the Hechinger Report.

I met Luis Torres in 2013 when he enrolled as a freshman. Before he arrived at Williamson, he spent nearly a decade living with various relatives in one of the poorest neighborhoods in Philadelphia because his parents were financially unable to take care of him. Ultimately, he became a discipline problem and had a difficult time in high school, narrowly earning enough credits to receive a high school diploma. Luis was not what anyone would consider a candidate for higher education.

Fast-forward almost three years to June 2, 2017, when Luis was awarded an Associate in Specialized Technology Degree in Construction Technology from Williamson College of the Trades. Luis is already employed full time in construction management and ultimately wants to start and run his own construction company, following the example of many very successful graduates who came before him. Most of them also started at Williamson with no other hope for higher education.

For Luis and so many young men like him, this small college just 20 miles southwest of Philadelphia offered hope—to say the least. Williamson’s tuition-free, fully residential men’s college uses an inclusive support system that enables each student to develop the character traits that position him toward success in life.

Founded in 1888 by Isaiah Vansant Williamson, a Philadelphia merchant and philanthropist, Williamson College of the Trades strives to improve U.S. postsecondary attainment for students from low-income households, minorities, and other underrepresented groups. Over more than 128 years, Williamson has gained a national reputation for producing graduates who are expert craftsmen, successful businessmen, respected citizens, and leaders in their fields.

Like Luis, every student receives a quality education in a skilled trade that leads to graduation, employment and success. With a job placement record of 98.8%, Williamson has the education goal of enabling a student to become highly proficient in his trade and obtain a well-paying job upon graduation.

The program concentrates on every detail that positively affects the outcome of each deserving student. Most importantly, experienced, dedicated faculty not only share their trade, technical and academic expertise, but also mentor students throughout their three-year tenure.

Enrollment is limited to approximately 100 new students each year to maintain a student-faculty ratio of about 13 to 1. Williamson also implements a conduct code designed to ensure a well-ordered environment conducive to education and to help students develop responsibility, self-discipline, resilience, diligence, and other good character traits.

While the rest of the country faces a student debt crisis, the affordability of college is not an issue for Williamson students. With tuition and room and board included in each scholarship, Williamson also helps students to manage ancillary expenses that could be distracting. For example, a clothes closet helps students meet classroom dress codes, offering everything from suits and sports coats to socks and shoes at no charge. In addition, because Williamson students are highly sought-after for career-related summer jobs or internships, they can earn wages that help pay for the modest fees that cover tools and work clothes. While students at other colleges incur significant student debt, Williamson students avoid that burden entirely.

“Debt is often the only option for low- and middle-income students who want to attend college full time,” University of Pennsylvania Graduate School of Education Professor Joni Finney observed in a discussion last year of the Institute for Research in Higher Education’s “College Affordability Diagnosis.”

The Institute’s Pennsylvania report estimated that 38% of the family’s income would be needed to attend full time for students from families with family income of $30,000 or less who attend public two-year colleges, even after taking into account all financial aid. In Williamson’s freshman class, 48% of the students come from families whose family income is less than $30,000.

This year, for the first time, Williamson’s admissions program employed College Cost Estimators, an income verification tool offered by the National Center for College Costs. It demonstrated that 93% of the incoming class of 2020 are Pell Grant-eligible and more than half qualify for the maximum Pell Grant available. Even though Williamson does not accept federal funding, these statistics paint a clear picture of the college’s student body.

So, how does Williamson manage to provide full scholarships to its entire student body without tuition or federal funding? For more than a century, the college has relied on income from its endowment, which was established by the founder and has grown over time with the support of benefactors, to provide 75% of annual operations costs.

The remainder, $2 million, is raised each year through private philanthropy from alumni, trustees, corporations, foundations, and generous friends. This level of commitment is an integral component to Williamson’s extraordinary success.

One might say that Williamson offers the ultimate support system for its economically challenged student body. The college relies on an enrollments process that strives to accept the most deserving applicants and a network of benefactors who help to fund these efforts.

Combine these with values-based programs designed to foster growth in each student to create an environment for students like Luis to realize their true potential. Williamson’s model addresses the problem of college affordability and ensures career opportunities for its alumni.

As Luis graduates, we at Williamson continue to move forward to build on the values-driven mission the college has followed for nearly 130 years. I am confident that he will be successful in his endeavors, while I remain dedicated to furthering this extraordinary, time-honored model designed to address the critical need for access to higher education for economically challenged students.

This article was written by Williamson College of the Trades President Michael J. Rounds and originally published on the Hechinger Report website.