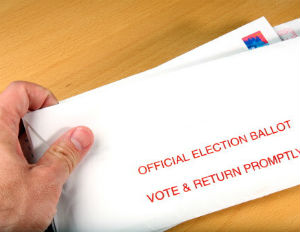 Just a few days after the head of the Maine Republican Party stepped in it by suggesting that high black turnout there was due to voter fraud, video has surfaced of another Republican poll watcher in Colorado who found the high number of black and brown people at his polling center suspicious.

The video, obtained by ColorLines, shows a man namedÂ Dayton Conway speaking into a phone to someone, and expressing his concern. “Yeah, a very high concentration of people of color,” Conway said. “It’s not a problem, but, you know, when I go to the mall I see, you know this amount. Well I’m seeing at least double or triple that amount here. So what I’m saying is, it looks to me like this voting location was selected as the place they told everyone to come.â€

Colorado was a key swing state this year, and was hotly contested for months. Poll watching groups like True the Vote, affiliated with tea party organizations, dispatched people around the country to challenge the eligibility of voters, particularly in minority neighborhoods.