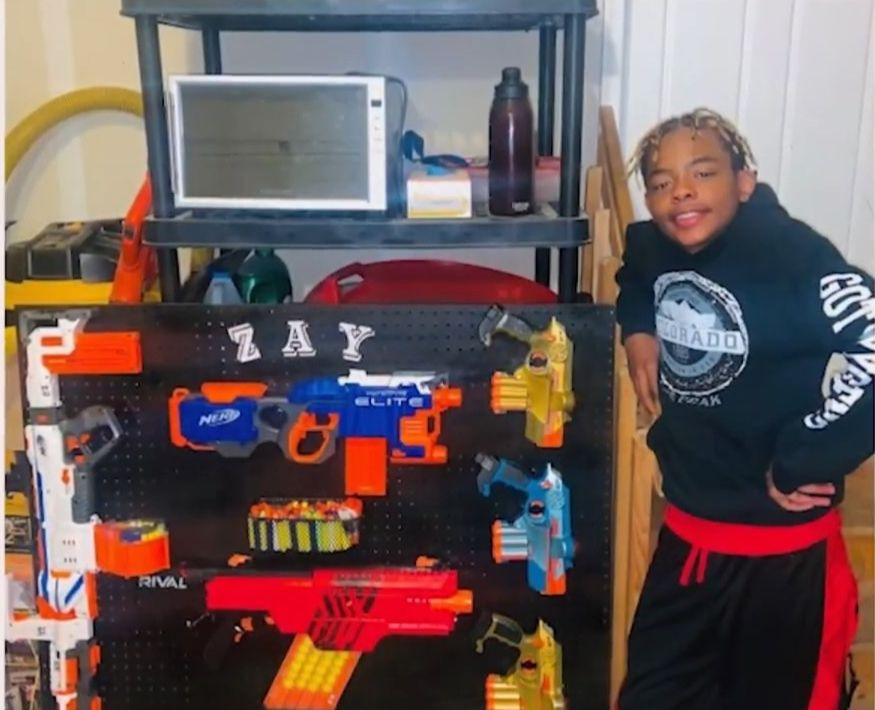 A Black 12-year-old boy in Colorado was suspended for five days and had police officers sent to his home after a teacher said that he was “waving” a toy gun in his home during a virtual class, according to BuzzFeed News.

The young boy, Isaiah Elliott, who is a seventh-grader at Grand Mountain School in Colorado Springs, was attending a virtual art class last month on Aug. 27, his third day of remote school learning. Dani Elliot, his mother, told BuzzFeed News that during the lesson, her son picked up a toy gun and moved it from one side of his computer screen to the other. The toy seen in the video was a neon green and black handgun with an orange tip and the words “Zombie Hunter” printed on the side. The teacher notified the school’s principal who then suspended Isaiah for five days and called the El Paso County Sheriff’s Office without notifying his parents.

“It was really frightening and upsetting for me as a parent, especially as the parent of an African American young man, especially given what’s going on in our country right now,” said Isaiah’s father, Curtis Elliott, in an interview with FOX31.

“For them to go as extreme as suspending him for five days, sending the police out, having the police threaten to press charges against him because they want to compare the virtual environment to the actual in-school environment is insane,” said Dani Elliott.

In a statement that was posted on its Facebook page last week, Grand Mountain School said there were “several inaccuracies being spread on social media” about “an incident that took place during distance learning” but declined to provide details, citing privacy laws.

“We never have or ever will condone any form of racism or discrimination,” the statement said. “Safety will always be number one for our students and staff.”

Isaiah’s suspension ended last Friday, but Dani Elliott said she “has no intention of him going back” and will withdraw him from the school. She said he is currently on the waiting list for a charter school.

“Having toys in my house is something I thought I never had to think of,” she said. “It never crossed my mind that toys could be seen as a threat.”