Comcast and HUD to Provide Internet Access to Public Housing 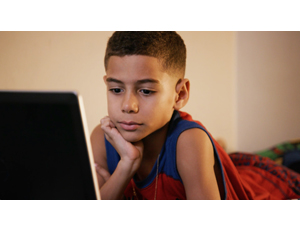 Comcast and the U.S. Department of Housing and Urban Development’s (HUD) today announced a joint effort to deliver Internet access to public housing in Florida’s Miami-Dade County and the cities of Nashville, Philadelphia, and Seattle.

The program is called Internet Essentials. It includes high-speed Internet service with download speeds up to 10 Mbps, a free Wi-Fi router, access to free digital literacy training, and the option to purchase a computer for less than $150.

The initiative is part of the President Obama and HUD ConnectHome program to extend affordable broadband access to families living in HUD-assisted housing.

Today’s announcement marks the eighth time in five years Comcast has expanded eligibility for the program in the company’s efforts to aid in closing the digital divide.

Since, Comcast has expanded the program to include families with children in parochial, private, charter, and cyber schools, as well as students who are home-schooled. Last year, Comcast created a pilot program to offers the service to low-income seniors and low-income community college students.

“Internet access at home is essential to succeed in today’s digital world on all fronts, from employment to education. Unfortunately, a cruel irony is at work, as the majority of low-income families, including those in public housing, who truly need the transformative power of the Internet are not connected,â€ said Comcast senior executive vice president and chief diversity officer, David L. Cohen.

“Comcast’s collaboration with ConnectHome will not only build a bridge for those living in public housing to cross the digital divide, but the Internet also gives them a ladder to educational and vocational resources that can improve the quality of their lives and help them claim their American dream.â€

Public housing residents in Miami-Dade County; Nashville; Philadelphia; and Seattle are eligible to apply, regardless of whether they have a child in the National School Lunch Program or not. Residents can apply at www.InternetEssentials.com or by calling Â 1-855-847-3356.

“ConnectHome is expanding opportunity for the next generation, preparing them for success in the 21st century,â€ said HUD secretary JuliÃ¡n Castro.