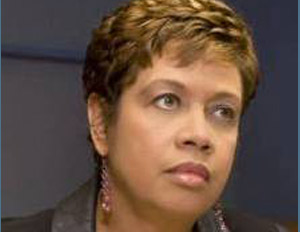 Only time will tell if Comcast Corporation’s tapping Burrell Communications LLC. (No. 4 on the BE 100 advertising agencies list with billings of $180 million last year) as its African-American advertising agency of record is a step in the right direction for diversity or just a good PR move, industry insiders say.

The selection comes on the heels of Comcast’s purchasing NBC Universal in late January and a series of congressional hearings last year that questioned both companies’ diversity statistics within ownership, management, programming and advertising activities. The uproar resulted in Comcast pledging a few diversity commitments, such as adding at least eight independently-owned and -operated cable networks for minorities–four of which African-Americans will have a majority or substantial ownership interest–and creating a $20 million capital fund to assist minority entrepreneurs along with enhancing minority participation in news and public affairs programming, according to the NAACP.

In 2009, Comcast and NBCU collectively spent more than $1.5 billion in overall advertising but only $6.3 million, or less than .5%, was spent on black media, according to Target Market News. Comcast wouldn’t disclose Burrell’s budget amount.

“I think that the jury is still out,” says Carol Watson, an executive at Tangerine-Watson, Inc., a Multicultural advertising and marketing consultancy firm. “In their defense, it may be too premature to determine it or it may be a political move. It’s too early to tell.”

A concern among diversity advocates and media watchers is that Fortune 500 corporations have been guilty of hiring a minority-owned agency and not assign them any meaningful budgets inhibiting their ability to make money and execute projects.

“That’s been done many, many times. That’s an old trick,â€ she says of large corporations.

Comcast has several general market ad agencies doing work for them, but doesn’t plan to hire another Black-owned ad agency outside of Burrell, says Comcast’s Peter Intermaggio, VP of Marketing Communications. California-based Grupos Gallegos, which targets the Hispanic audience, is the only other multicultural-owned ad firm Comcast is working with.

As the nation’s largest cable company, Comcast receives most of the $9 billion-plus that Black consumers spend annually for cable and Internet services, Target Market News reports.

“People of color spend so much money as a customer,” says Glenda Gill, executive director of Rainbow Push Coalition, which criticized Comcast’s diversity track record. “Where are we represented in the various business operations throughout your organization?” she questions

But Intermaggio says the company has a retainer relationship with Burrell that will last for some time, and that it’s impressed with Burrell’s campaign and digital work it did for its clients such as America Airlines’ BlackAtlas.com initiative.

“Digital and social media are important in all communities but especially important in the African American community. So Burrell will be working with us to create some innovative means with communicating with customers in that as well,â€ Intermaggio says.

Burrell’s co-CEO Fay Ferguson says she’s excited about the deal “because digital and social media is an area that Burrell dominates when it comes to [the African-American space].â€ Ferguson, who shares CEO duties with McGhee Williams-Osse, says she didn’t know the budget amount but is “confident that the dollars that will be allocated will be appropriate.â€

The ad agency exec says she hopes other advertisers will follow suit by hiring more multicultural firms and invest in African-American consumers.

In meantime, one thing’s for sure, says Watson: “All eyes will be on Comcast to see if they will show some significant investment in the African American market in terms of spending in a meaningful way on a budget around media.â€

What do you think: Is it important for media companies to show their commitment to diversity by hiring minority-owned businesses as much as it is for them to feature multi-cultural talent on their networks? Join the discussion and leave your comments below.