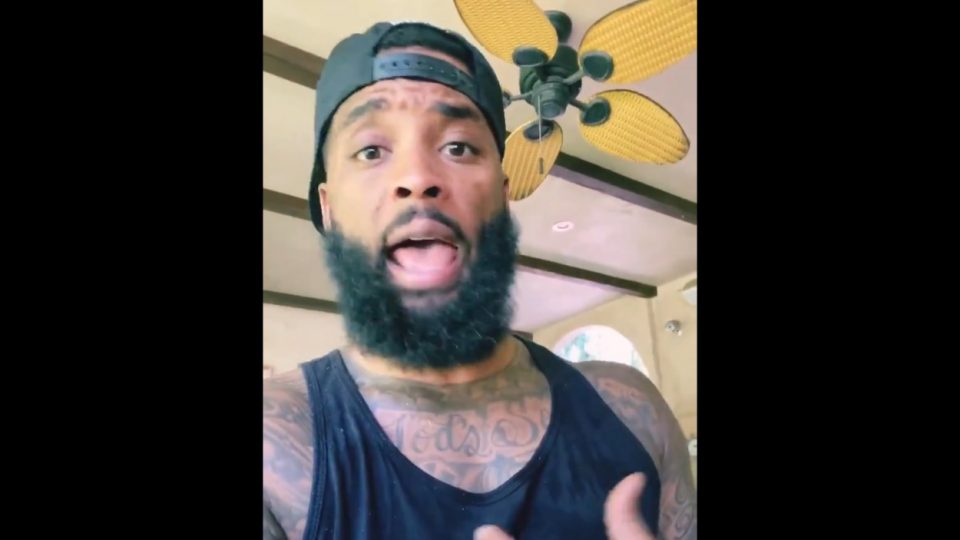 Comedian Keraun Harris, who uses the moniker King Keraun, went on his Twitter account earlier this week to tell a story about how a white woman recorded a traffic stop with police officers to make sure nothing happened to him, according to the UpWorthy website.

With all the police brutality against Black people and the perils of social injustice being the hot topic for the past several months, Harris seemed quite shocked and relieved that there are white people out here making sure that we are safe from the abuse and mishandling of Blacks by the likes of police officers.

While he was in his neighborhood, Harris stated that he was stopped by police officers because he didn’t have license plates on his newly acquired vehicle. He was told by the officers that they would check to make sure the car is his. Harris says he noticed that a white woman was nearby recording the interaction with the police.

“I just got pulled over, and for the first time, I watched a white woman record my whole traffic stop,” the comedian said.

“I’m just sitting in my car waiting and as I’m waiting, I look to the left and I see this car parked and it’s a white woman in the car,” he continued. The white woman was in her car, with her phone out, recording the police to make sure that Harris was safe.

Surprised by her actions, he said, “As a Black man, you’re not used to your allies. But we really got allies now.”

I just got pulled over and for the first time i watched a white women record my whole traffic stop . pic.twitter.com/BolkS8K9rj

Harris is a popular comedian on social media who has made appearances on HBO’s Insecure and ABC’s Black-ish.