Lisa Lampanelli Defends Her Right to Use the N-Word 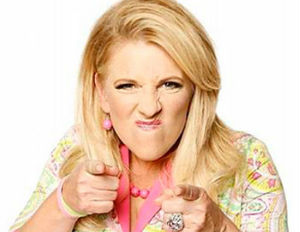 Comedian Lisa Lampanelli took to Twitter Monday night (February 18) to post a picture of herself and HBO Girls star Lena Dunham. The tag that accompanied the photo read, “me with my n—a.â€ While Lampanelli thought what she said was a-okay, she woke up to extreme backlash for her choice of words.

Funny-girl Lisa is saying her right to use the word is fair game, and stands by what she said on the social media network.

“The N-word ending in ‘er’ is far different context from the word ending in ‘a’.â€ She continued, “Ask any person who knows the urban dictionary; it means ‘friend. And by the way, if I had put the word ending in ‘er,’ that would have been a very derogatory thing about Lena meaning she is less than me, and I view her as very above me. ‘A’ on the end means ‘my friend’.”