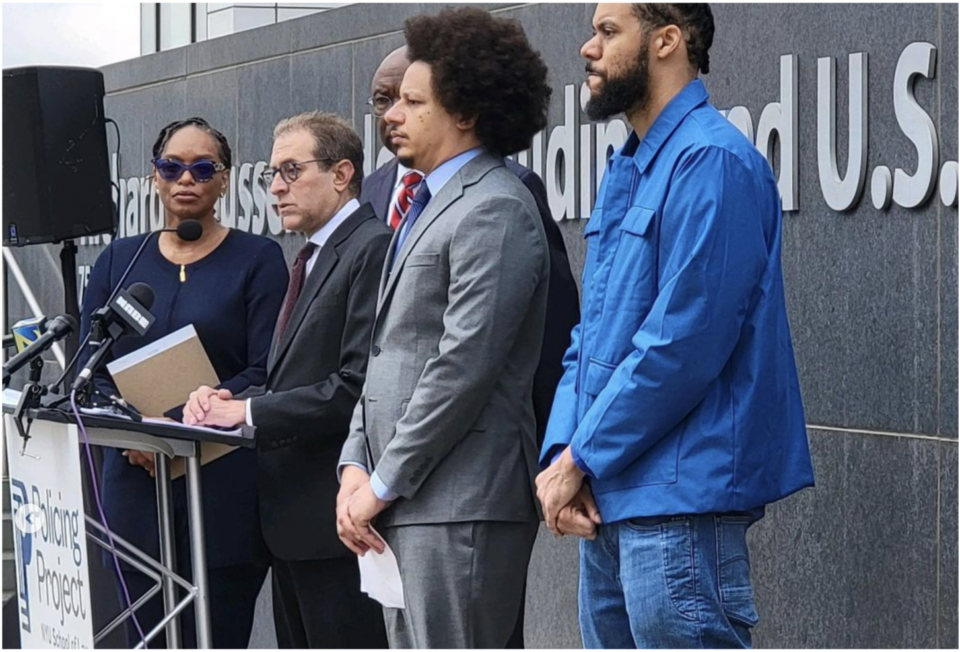 According to the Associated Press, the two well-known comedians claimed they were illegally stopped by Clayton County officials at the Atlanta airport on separate occasions about six months apart. The lawsuit challenges the airport police program, saying officials are violating the constitutional rights of Black airline passengers, interrogating them and taking them through coercive searches as they board their flights.

André and English said that they were both singled out by officers, questioning them about drugs in front of other passengers at the airport.

“People were gawking at me and I looked suspicious when I had done nothing wrong,” André said in an interview, according to the outlet.

He described the experience as “dehumanizing and demoralizing.”

The lawsuit claims Clayton County officials selectively single out passengers as they wait in the narrow jet bridges that connect the plane. Both comedians say they were selected for interrogation and asked for their boarding passes and identification. English said he was even asked to complete a bag search.

English addressed the situation at a news conference outside the federal courthouse Atlanta.

“I felt completely powerless. I felt violated. I felt cornered,” he said.

“If Black people don’t speak up for each other, who will?”

New York University (NYU) School of Law Policing Project co-founder, Barry Friedman, one of the lawyers who filed the lawsuit, encouraged others with similar experiences to get in touch.

The lawsuit names Clayton County and the police chief, four police officers, and a district attorney’s office investigator. English and André are seeking a jury trial and asking that the Clayton County police interdiction program be “declared unconstitutional.”

The two comedians are seeking compensation as well as other legal costs.