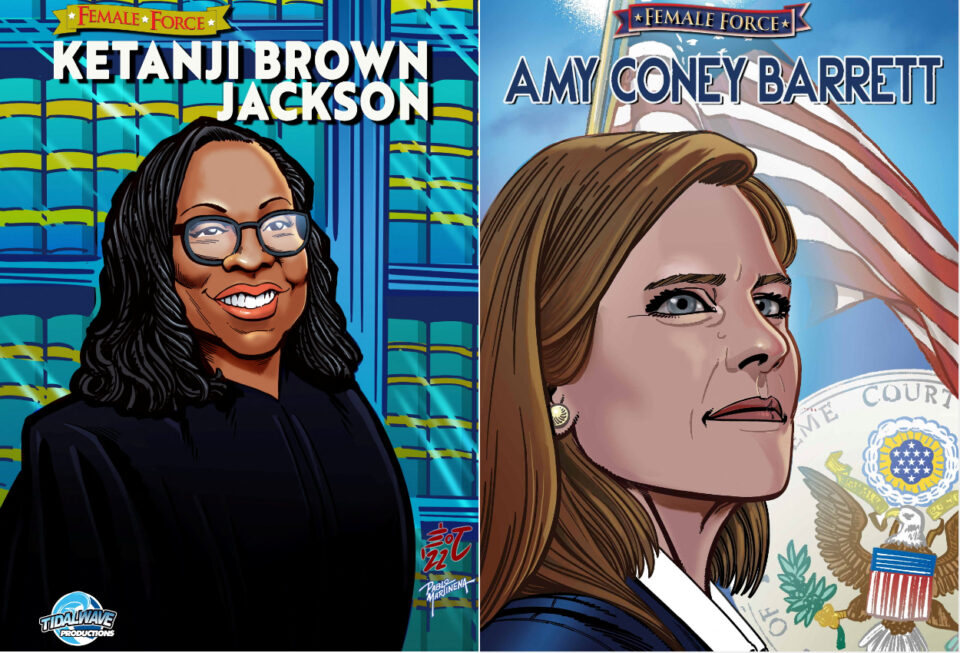 The story of Barrett, 50, begins with her 2020 U.S. Senate confirmation hearing before flashing back to her childhood in New Orleans. The 24 pages detail Barrett’s Catholic upbringing, years teaching at the University of Notre Dame’s Law School and her time serving as a law clerk for the late U.S. Supreme Court Justice Antonin Scalia. Barrett was appointed to the court by Republican former President Donald Trump.

Jackson, 51, will be featured in a TidalWave comic in the fall. The Senate in April voted to confirm Jackson as the first Black woman to serve on the Supreme Court, nominated by President Joe Biden to replace retiring Justice Stephen Breyer. Jackson is due to join the court after Breyer formally departs when the court’s current term ends in the coming weeks.