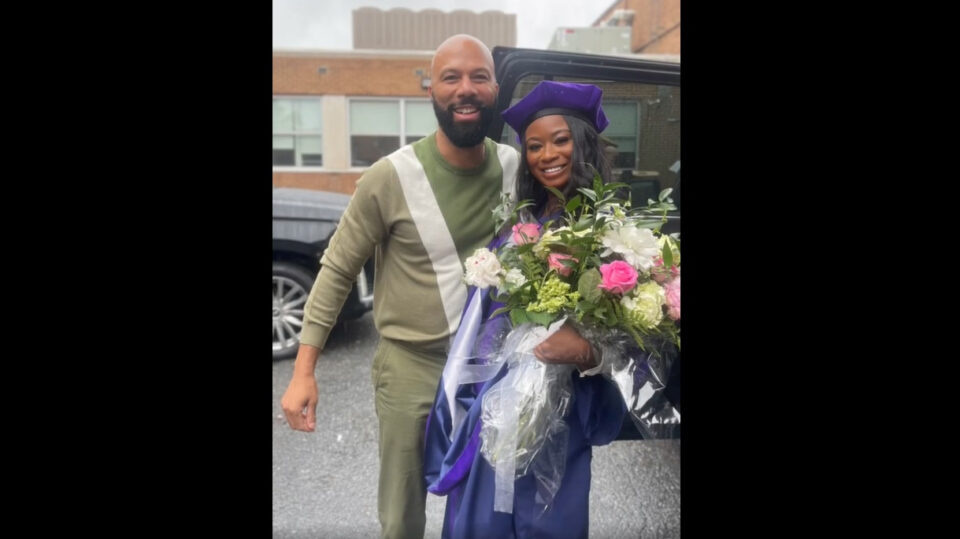 Hip-hop entertainer and actor Common is a proud dad

After watching his daughter, Omoye Lynn, and other students graduating Howard Law School, the rapper proudly posted about her accomplishment for his 3.8 million Instagram followers, complete with a video of the day’s highlights.

“There are no words to describe how proud I am! Finishing Law School at Howard University in the 3 years is pretty AMAZING! Congrats to my daughter and all the graduates of 2022. Now go out in the world and be great!”

We reported earlier this week that another celebrity graduated from the famed HBCU. Anthony Anderson received his bachelor of fine arts degree from the newly named Chadwick A. Boseman College of Fine Arts.

“To quote Biggie, “IT WAS ALL A DREAM!” Words can’t begin to describe the emotional roller coaster I’m on right now. It’s literally been 30 years in the making. This spring I was finally able to complete the work to graduate from Howard University with a BFA degree from the Chadwick A Boseman College of Fine Arts!”

The actor, who has returned to his old stomping grounds on NBC with Law & Order, after the eight-year run of black-ish ended, spoke about obtaining his degree in 2018 on The Tonight Show Starring Jimmy Fallon.

According to People, Anderson revealed that he never finished college because he “ran out of money after my junior year.” He spoke to officials at Howard University about taking classes online, at home, and taking “some practical classes on campus” so he would be able to get his degree and “walk with my son in 2022.”

Earlier this year in February, while speaking on The Real, Anderson revealed he was just 15 credits away from graduating. Although his son Nathan didn’t graduate this year as planned, he mentioned that when Nathan got accepted to Howard, he “inspired me to go back and get my degree.”