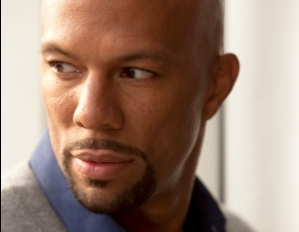 Lonnie Rashid Lynn, Jr. is anything but ordinary. Even with adopting the moniker Common, the Windy City’s award-winning rapper spread his hip hop gospel about everything from socio, eco and politico issues to how he used to love h.e.r with an ease that was anything but…common. As his music fans eagerly anticipate his next album, The Dreamer, The Believer (scheduled for release in December) Common, the actor, is quickly becoming a marquee fave starring opposite screen gems such as Taraji P. Henson, Queen Latifah and Angelina Jolie. And in his latest endeavor as an author, he’s sharing his life’s journey in his New York Times best-selling tome, One Day It Will All Make Sense (Simon & Schuster), hailed as a “magnificent memoir” by Dr. Maya Angelou.

Blackenterprise.com talked to the busy lyricist about why he thinks his book resonates with readers, love lessons learned from relationships with Erykah Badu and Serena Williams, and his plans to make one lil’ golden man an integral part of his future.

Blackenterprise.com: Congrats on becoming a New York Times best-selling author. Why do you think your story has been so well-received?

Common: The book is honest and people can relate to a lot of my experiences and what I have gone through in life. You don’t have to be from the south side of Chicago to relate. Everyone goes through love, a heart break, being ridiculed, feeling insecure or trying to reach that moment when you really believe in yourself.

After completing your book, was there anything you changed or thought about omitting?

On the real, after I wrote it I didn’t read it too much. I said what I said and let it go. Sometimes you ask yourself if you should revise your thoughts. I didn’t want to have that feeling of, Awww man, maybe I shouldn’t have said that because people might think this or that of me. If you think wrong of me then that’s something I’d have to accept. What I wrote were my first thoughts and that’s the way I wanted it to remain: authentic.

At one moment in your life, you were often perceived by others as a Mama’s Boy. Do you agree? 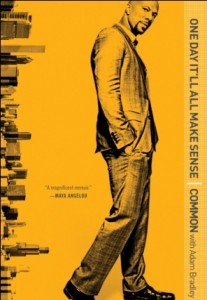 I wasn’t that much of a Mama’s Boy. In many ways, as young man, what I knew about most were women because my mom is a very important piece of my life. Although I was doing other things, I still was influenced by my mother because that’s what happens when you grow up and don’t have your father there. Even with my stepfather, I didn’t connect with him enough to be able to take in what he was saying. I definitely felt I had to establish who I was.

Which chapter of your book resonates most with you?

My open letter to [my ex-girlfriend, singer] Erykah [Badu] is a chapter in my life that resonates with me. It was a time of reflection. I learned a lot about Rashid Lynn when I was with Erykah. During our relationship, I often chose to think, I’ll chill and let other people get their way, because that’s just who I was in all of my relationships with friends and family. I’d choose to take a [backseat], and getting to see that in myself while she and I were together was enlightening. I eventually realized I don’t need to be that person. I learned to speak my mind and be the man I’m supposed to be. It was a release.