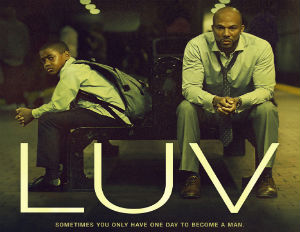 Rapper Common Â has shown his acting chops in a number of roles (American Gangster, Just Wright, Hell on Wheels) and now he’s at it again with a leading role in LUV.

Hitting theaters January 18th, the film is about an ex-con named Vincent (Common) who has a long and quite interesting day with his nephew, when things go far left.

Danny Glover, Dennis Hasbert and Charles S. Dutton round out the cast in LUV.

Head over to the Urban Daily to catch an interview with Common and to watch the trailer.