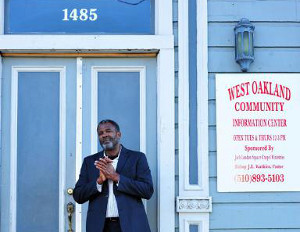 Liberty Hall has a significant history of service in theÂ OaklandÂ community and has been used by African-American organizations for more than 100 years.

Built in 1877 and added to the National Register of Historic Places in 1989, the 6,500 sq. ft. center holds many distinctions, including being the first dollar store inÂ West Oakland.

The three nonprofits–Healthy Communities, Overcomers With Hope, and Bay Area Black Nurses Association–will call Liberty Hall their new home and hope to keep the legacy of service and communal collaboration alive in the African-American community ofÂ West OaklandÂ and the city as a whole.

The organizations represented in the transaction by Bay Property Group that will call Liberty Hall their new home include:

– Overcomers With Hope (OWH Studios), a faith-based media training center that provides technical training to the community’s youth via access to their broadcast quality television studio.

– Bay Area Black Nurses Association (BABNA), a professional organization of nurses and nursing students working to improve the quality of life by providing health education, training and mentoring to the African-American community and other ethnic groups.

“OaklandÂ is an amazing city rich in community, culture and history,” saidÂ Kevin SkipperÂ of Bay Property Group, who represented the buyers in the transaction. “Working in this truly collaborative community effort has been an enriching and humbling experience. There is hope forÂ OaklandÂ because this process can be replicated.”