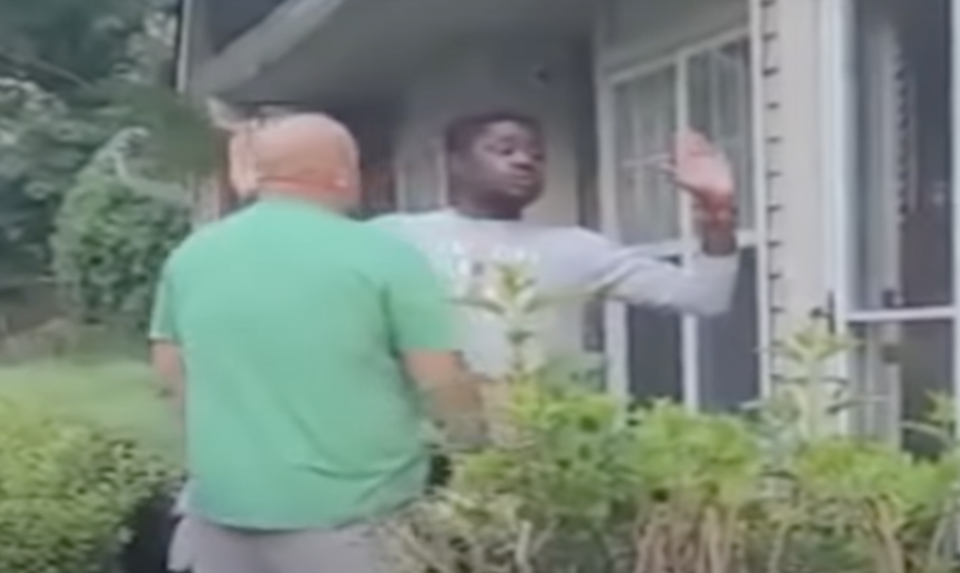 A middle-aged White man hurled racist insults and spat on his Black neighbor in a south New Jersey town. The man knew he was being recorded and invited naysayers to his front lawn, but little did he know that the recording of the incident would get him charged with harassment.

Last Friday, Edward Cagney Matthews, 45, of Mt. Laurel, NJ, was met with a large protest in front of his house after a clip of Matthews disrespecting his Black neighbors went viral, Philadelphia’s Action News reported.

The video shows Matthews arguing with an unknown Black man as the Black neighbor told Matthews to back away from his personal space, including his front house.

Matthews, who was taken into police custody, has been charged with harassment and bias intimidation, The Burlington County Times reported.

“The names he was using, the N-word, calling individuals monkeys, it’s just detestable. It’s really disgusting,” protester Gary Frazier, Jr. said, according to Fox Philly 29. “We need to come together and root the stuff out. How we going to fix things and allow this type of behavior?”

In the video, the Black man, who has a slight accent, repeatedly tells Matthews, “Don’t touch me” with both his hands up. Meanwhile, in the same clip, Matthews is seen berating his neighbor’s intelligence and employment status, calling him a “monkey” when the police arrived.

Matthews has also vandalized the Black man’s wooden front fencing, carving out the words, “Bon is a …”

When dozens of people showed up at Matthews’ house, police were there to guard him. The protest did not escalate into violence or property damage.

According to Action News, Matthews has a history of “racially harassing and assaulting people, spitting on people, busting down doors, breaking windows, and writing white lives matter on stuff,” one of the protesters, Aliya Robinson, said.

Her daughter, Jazmyn, also backed up Aliya’s claims: “When we first moved there, I guess he didn’t think minorities should live there, so he kicked my door in with my children there.”