These Companies Are Stepping Up To Talk About Social Issues 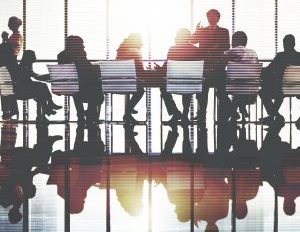 From the multiple shootings of unarmed black men with no police accountability and anti-Muslim, anti-immigrant rhetoric, to women’s struggle for equal pay, under-representation of minorities and women in the corporate world, and the fight for transgender bathroom rights–the myriad social issues rampant in the U.S. is startling.

In such difficult times, while some companies like Pandora and Ben & Jerry’s have stood in solidarity with the #BlackLivesMatter movement, others choose to turn a blind eye or may be uncertain of how to spark dialogue surrounding these topics.

Though many corporations are either lagging on admitting that social issues often make their way into the workplace or are apprehensive about starting a conversation, BlackEnterprise.com is highlighting three companies featured in our 2016 “Best Companies for Diversity” report thatÂ are leading the way to open, honest discussion among employees. These leaders are determined to spark meaningful dialogue and create an environment where employees feel like they can be heard and that their issues aren’t just relegated to outside the office.

And they are on the right track. A recent report entitled: Engaging in Conversations About Gender, Race, and Ethnicity in the Workplace, by the nonprofit, Catalyst, found that leaders who employ behaviors of empowerment, accountability, courage, and humility help team members feel psychologically safe at work.

The report cited another studyÂ that showed that avoiding conversations about race (also known as colorblindness) to maintain neutrality does not create an ideal work environment for all employees. It also noted that while sometimes people can perceive talking about gender, race, and ethnicity issues as “not productive,â€ it should not suppress dialogue.

Here are some of the socially conscious corporations daring to discuss the importance of diversity and social issues:

In September, TIAA Executive Vice President and Chief Human Resources Officer, Skip Spriggs, spoke to Black Enterprise about how the company is opening discourse among employees, encouraging them to talk about the current social injustices.

“Many employers think that social issues reside outside the workplace, we are very cognizant of the fact that people bring those things into the workplace,â€ he said. “People are going to talk about this at work and you are allowed to have a point of view regardless of what it is, which is what true diversity is…if there isn’t an open dialogue then there won’t be a resolution.â€

“I think it’s irresponsible for an employer not to recognize that social issues work their way into the work environment,â€ he added. “Giving people an opportunity to express their point of view really is about inclusion. And we work very hard to make sure that every single employee can come to work in their full self.â€

AT&T CEO Randall Stephenson spoke at a gathering of the company’s Employee Resource Groups in September and called for an open conversation about the current climate of racial issues in America. His comments were filmed and uploaded onto YouTube.

“Our communities are being destroyed by racial tension, and we’re too polite to talk about it. It’s a difficult, tough issue; it’s not pleasant to discuss. But we have to start communicating,â€ he said.
“And if this is a dialogue that’s going to begin at AT&T I feel like it probably ought to start with me.â€

He went on to stress: “When we talk about race, let’s begin the discussion with why: why does my colleague feel this way? If we can understand ‘why’ it’s so much more likely that we can agree on what needs to be done.â€

He ended with a call to go beyond “tolerance.â€

“I’m not asking you to be tolerant of each other. Tolerance is for cowards,â€ he said. “Being tolerant requires nothing from you but to be quiet and not make waves or entitled to your views and judgments without being challenged. Do not tolerate each other. Work hard, move into uncomfortable territory and understand each other.â€

In August, General Mills placed specific stipulations on the potential advertising agencies that would be participating in its creative agency review, which includes advertising, production, and content across all its retail brands.

Speaking to AdAge, Chief Marketing Officer Ann SimondsÂ revealed that the competing agencies must be staffed with at least 50% women and 20% people of color within their creative departments. This was a crucial call for more diversity since women make up only 11.5%Â of creative directors withinÂ ad agencies.

“If you are going to put people you serve first, the most important thing is to live up to it and make it a key criteria,â€ she told AdAge.