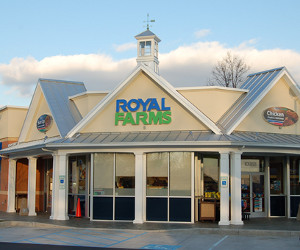 Royal Farms, a Baltimore-based chain with roughly 150 stores, has in recent weeks aggressively cut employee hours to avoid having to provide medical insurance, as mandated in Obamacare. This is just the latest in an increasing trend of stores switching to a part-time workforce to save money, rather than paying for full time employees to have health coverage.

Three workers in Maryland who spoke on the condition their names wouldn’t be used told the Huffington Post that at a staff meeting held last month, managers told workers that Royal Farms would be switching to an “almost entirely part-time workforce.” The workers specifically said the reason behind this change was in reaction to Obamacare.

“Since the meeting, they’ve slowly reduced everyone in my store down to 27 hours a week or below,” said one cashier from Baltimore who’s been with the company for about a year. Frustrated employees in his store have been quitting and skipping out on shifts since the announcement,” he added.