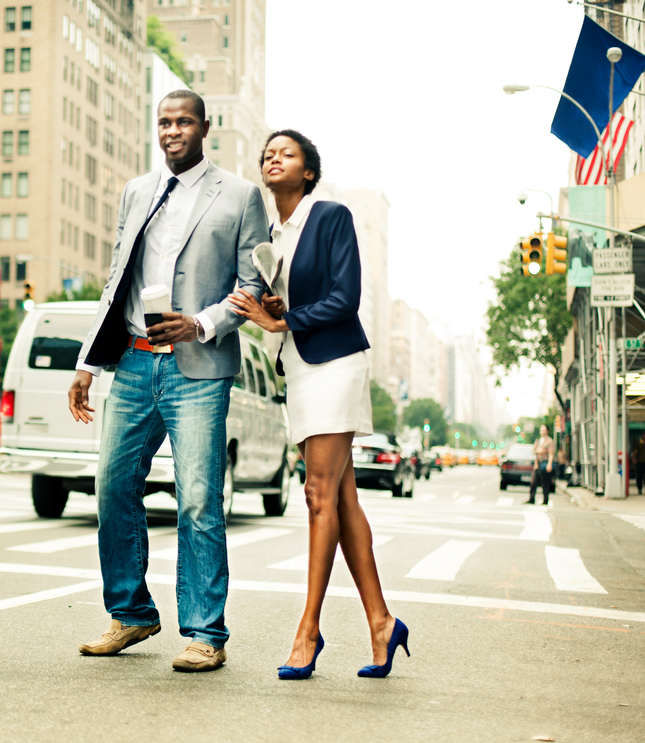 The term ‘power couple’ triggers my brain to cue Alicia Keys’ Unbreakable. You may not be humming Keys’ lyrical refrain of iconic pop culture power couples; yet similar examples likely come to mind–POTUS and FLOTUS, BeyoncÃ© and Jay-Z, Will and Jada–you get the point. Many couples admire the accomplishments of these celebrity couples–and strive to emulate and create their own “BeyJayâ€-type duo–without considering that the benefit of celebrity may make it easier for these couples to navigate and maintain their power couple status. Money and power can actually buy quite a few things. But that’s a topic for a different story, yet still a good segue way for this piece. For less high-profile, traditional, dual career couples, does the notion of being a power couple still exist? Are there New Age complications or considerations for power couples?

Recently, a friend shared with me the regret she felt about not accepting a job opportunity because it didn’t align with her spouse’s career goals. She went on to share that she was contemplating reconsidering her decision despite his angst. From that conversation, it became apparent to me that gone are the days where a husband’s career trajectory outweighs or overshadows a wife’s ambition. The increasing number of black women obtaining advanced degrees–black women are now the most educated group in the United States according to the National Center for Education Statistics–advancing to higher-profile roles, and becoming business owners continues to outpace the declining number of black men graduating from college. As a result, this shift has given rise to the economic strength of women and swung the pendulum of who “wears the pantsâ€ in marital decision making to the left of center. With these kinds of educational gaps and social changes, it begs the question of whether the power couple is a dying breed.

The New York Times cited a recent study revealing that “. . . women’s gains on the economic front may be contributing to a decline in the formation and stability of marriages.â€ The study further stated, “One reason for this decline may be that women with greater earning power have greater economic security that allows them to leave bad marriages. Yet another possibility is that many men seem to be clinging to a social norm from the “Mad Menâ€ days: that the husband should be the primary earner in a family.â€

Is there an implied glass ceiling that power couples must avoid in order to circumvent strain on their relationship? Is the glass ceiling of a dual-career couple cloudier and more complex than that of a traditional, married single-earner couple? I’d say yes, and here’s why.

Power couples must wrestle with the demands of supporting one another’s career development, while also juggling childcare, upkeep of the home, and their personal relationship. If one member is offered a promotion that requires moving out of state, the dual-career couple faces the conflict of career prioritization: whose career comes first? Generally speaking, when a couple is forced to move because of either spouse’s career, it automatically forces the other spouse to become a “trailing spouse.â€ Oftentimes, the trailing spouse is left to sort through feelings of powerlessness and diminished career aspirations on their own. Attempting to find jobs or opportunities that satisfy the individual career goals of both partners, without ravaging the relationship can be seemingly impossible.

Still, being a power couple isn’t a complete farce. Statistics show that couples who view themselves as an “enterpriseâ€ and strive for equilibrium in the marriage are much more likely to eliminate competing ambitions. You have to be willing to put in the work to overcome the common power struggles of power couples to achieve mogul status.

Here are five tips to help you and your partner shift from a power struggle to being a power couple.

Toni is the CEO & Founder of The Corporate Tea, an online resource that provides unfiltered advice to help professionals navigate their careers. Toni is also a Career Strategist & HR Blogger with over a decade of experience in corporate America. For more insights and advice, follow her @thecorporateteaÂ