Computer Infections Spiked During the Blizzard of â€˜16 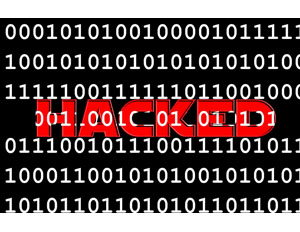 [Related: #Blizzard2016: How to Prepare For a Blizzard in Urban Areas]

In Washington D.C, when Jonas hit, computer infections, including malware and spyware, shot up 88.47%. This means, during the storm, EnigmaSoftware detected 88.47% more infections per day during the storm than during a typical day in January.

The supposition for the malware increase is that during a blizzard or any other severe, inclement weather, more people are stuck at home browsing on their computers.

EnigmaSoftware gathered this data through its SpyHunter software. SpyHunter is installed on hundreds of thousands of PCs throughout the U.S. Every time one of these computers performs a scan for an infection EnigmaSoftware receives a report on where the computer is located and what types of infection was discovered.

–Never click on links in social media messages. These include Twitter direct messages and messages sent to you via Facebook. They may look like they are coming from your friends, but there’s a good chance their account has been compromised and crooks are trying to trick you.

–Be wary of unfamiliar websites that ask you to install software before continuing with your surfing. Most of the time that software has malware embedded in it.

–Always have reliable antispyware and antimalware software installed (the company obviously recommends SpyHunter), and make sure to run frequent scans and updates.

–If you are trying to check on the status of an online order, type the website of the retailer into your address bar manually to log in and check. Don’t trust a link sent in an e-mail.

Finally, malware and computer infections are mostly obtained from adult websites, as well as links and e-mails that promise too-good-to-be-true deals to online shoppers.