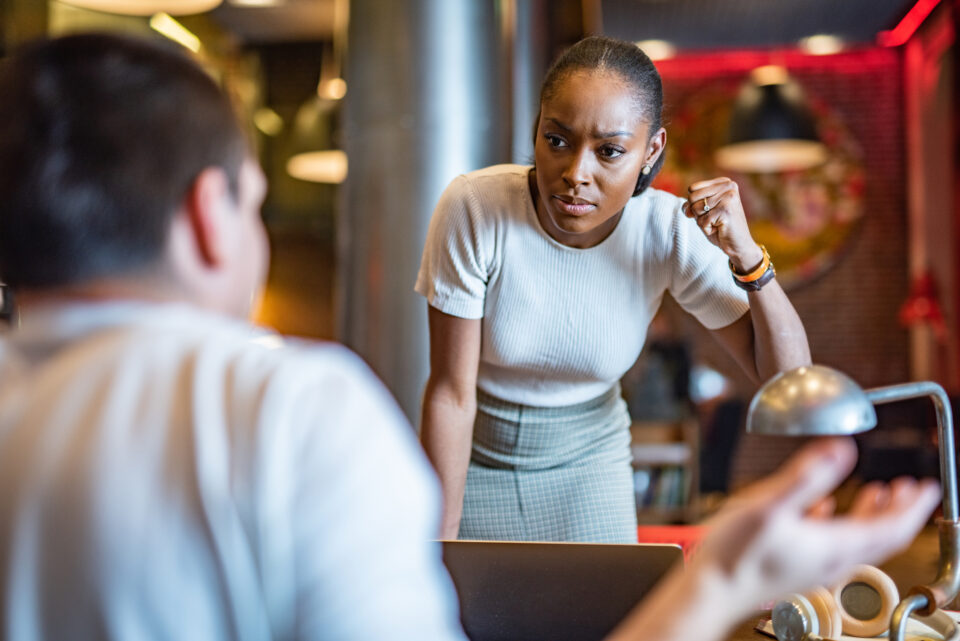 (Istock/Isbjorn)
A more germane moniker for the so-called “glass ceiling” for Black corporate executives is perhaps “concrete ceiling.”
At least that view stood out in a fresh post by The National Law Review, an American law journal and daily legal news website which pointed out that Black employees at the 50 most valuable U.S. corporations account for only 8% of the top executive positions at those companies.

According to the Washington Post report, the review stated that “while ‘glass ceiling’ discrimination often refers to the lack of women in corporate executive positions, numerous studies have found that promotion discrimination against Black employees is even more entrenched, hence the term “concrete ceiling” when referring to the dearth of Black—particularly Black female— employees in the C-suite.”

The post stated a year-and-a-half after many of these top 50 corporations committed to boost  diversity and address workplace racial inequality, the measurable gains made are “strikingly small.”

That finding and others from the Washington Post’s investigation piece include:

To help change matters, the review offered suggestions what can be done to help overcome the lingering problem of keeping Black employees from C-suite roles.  One approach is to link executives’ bonuses to diversity initiatives. Among other things, that could prove valuable as employees would know about it and  their performance in meeting this goal will be measured with the company’s other core values and targets.

She added, too often, “diversity goals become ‘loose and subjective’ parts of performance reviews, treated like something extra instead of prioritized like other business objectives. Diversity work should have transparent expectations, measurements and financial rewards if it’s to be seriously valued.”