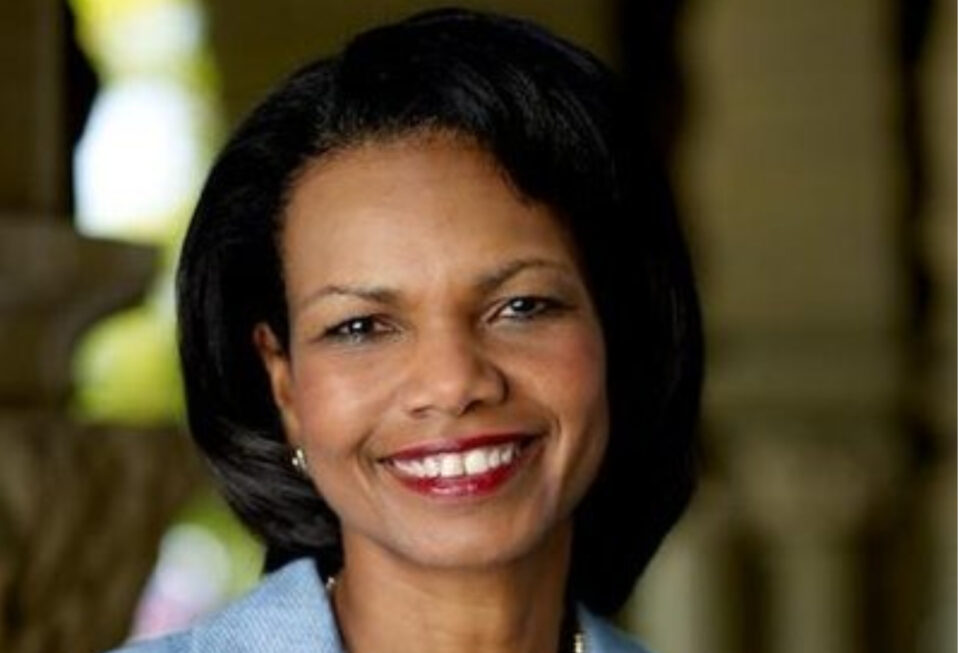 Former Secretary of State Condoleezza Rice has been added to the executive suite of the newly bought Denver Broncos.

The NFL team is now the first to have two Black women in an ownership group. After welcoming Mellody Hobson as part of The Walton-Penner group (ownership group of the Denver Broncos), Rice was added.

“A highly respected public servant, accomplished academic and corporate leader, Secretary Rice is well known as a passionate and knowledgeable football fan who has worked to make the sport stronger and better,” Rob Walton, head of the ownership group, said in a statement. “She is the daughter of a football coach and served on the inaugural College Football Playoff Committee. She moved to Denver with her family when she was 12 years old and went on to attend the University of Denver for both college and graduate school. Her unique experience and extraordinary judgment will be a great benefit to our group and the Broncos organization.”

The Walton-Penner Family Ownership Group is pleased to welcome former Secretary of State @CondoleezzaRice to its ownership group.

Rice was Secretary of State from 2005-2009 under then-President George W. Bush. In 2013 she was picked as one of the 13 members of the inaugural College Football Playoff Committee. She stayed there until the conclusion of the 2016 football season.

In 1984, Pat Bowlen purchased the Broncos and ceded control of the team in July 2014 to Joe Ellis, the Broncos’ team president and CEO, acknowledging that he had Alzheimer’s disease. Bowlen died in 2019, and the Pat Bowlen A trust took over ownership of the franchise, and initiated selling the team in February.

It was speculated the next owner would be Black due to recent news on how Black executives are treated in the NFL. Suitors such as Jay-Z, Byron Allen, and Robert F. Smith lined up; none of them got close to purchasing the team.