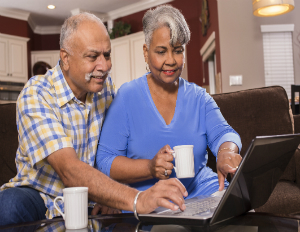 Under the Affordable Care Act (also known as Obamacare), health insurance issuers were allowed to vary rates based on age by no more than three times that of a younger person with the same type of coverage. But now, Congress wants to charge older Americans–ages 50 to 64–over five times more than what they currently pay, regressing back to the former strategy of age rating, and essentially imposing an “age tax” upon this demographic.

Middle Class Families Will Be Penalized

In its current form, the age tax legislation (HR 708) would penalize middle classÂ American families, by changing the current law to allow health insurance companies to charge older Americans up to five times more in insurance premiums. This is a large increase from current law.

The report released by AARP’s Public Policy Institute, Impact of Changing the Age Rating Limit for Health Insurance Premiums, shows how changing the 3:1 limit on age rating to 5:1 would significantly raise premiums by as much as $3200 for older adults. AARP reports the age tax legislation proposal will have a severe impact on Americans ages 50-64, who have not yet become eligible for Medicare, and who may also have children under age 26 on their health insurance plans.

Opposition Against the ‘Age Tax’

AARP has launched a campaign against the proposed unfair penalty on older adults, which would line the pockets of big insurance companies by allowing them to charge older Americans over $3,000 more than they currently pay per year.

As a nonprofit, nonpartisan organization with a membership of nearly 38 million people ages 50 and above, AARP intends “to hold elected officials accountable for taxing older American families, with a burden they don’t deserve and can’t afford,” added LeaMond. The organization has launched a new series of advertising, which will appear in numerous Congressional districts when members of Congress return home for the week ofÂ  President’s Day.

Its latest efforts come in addition to their continued advocacy to members of Congress and the Trump administration regarding the age tax. AARP continues to meet with members of Congress to urge them to oppose the age tax, laying out in detail the negative impact in letters this monthÂ and inÂ December. What’s more, AARP has taken to task “premium support,” a proposal that would harm Medicare beneficiaries by turning the successful program into a private voucher program.