Congressional Black Caucus to Airbnb: Why is it â€œSo Easy to Discriminate?â€ 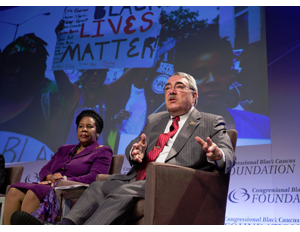 The Congressional Black Caucus (CBC) sent a strongly-worded letter to Airbnb CEO Brian Chesky about discriminatory practices on its space sharing platform alleged by black people and other minorities.

“Why is it seemingly so easy to discriminate against someone via Airbnb’s Internet platform?â€ is the first question in the letter.

Airbnb is an online booking site that allows prospective guests to rent lodging in people’s homes or apartments. Those renting their spaces are known as “hostsâ€ on the site.

Some online users, particularly African Americans and other minorities, including members of the LGBT community, applied for accommodations online but were rejected.

In one instance, a black woman alleged that a host at first accepted her request and then messaged, “I hate niggers, so I am going to cancel you,â€ and he cancelled her reservation after seeing she was black on her member profile picture.

Rentals in citizens’ apartments or houses are subject to Title II according to Rachel Goodman, a staff attorney with the ACLU’s Racial Justice Program. The only exception, Goodman says, isÂ if a homeowner rents out rooms in her actual home while she “actually occupiesâ€ the home.

The CBC asks Airbnb what it intends to do about discriminatory practices and urges the company to conduct a comprehensive review of these accusations.

In a statement to Black Enterprise, a representative at Airbnb said, “We appreciate Congressmen Butterfield and Cleaver’s letter and absolutely share their concern. Discrimination has no place on our platform. As the Congressmen noted in their letter, we are conducting an extensive review of how our hosts and guests interact with one another online and off.”

“We will apply what we learn to help ensure that everyone, including African American travelers, are treated fairly and with dignity and respect.”