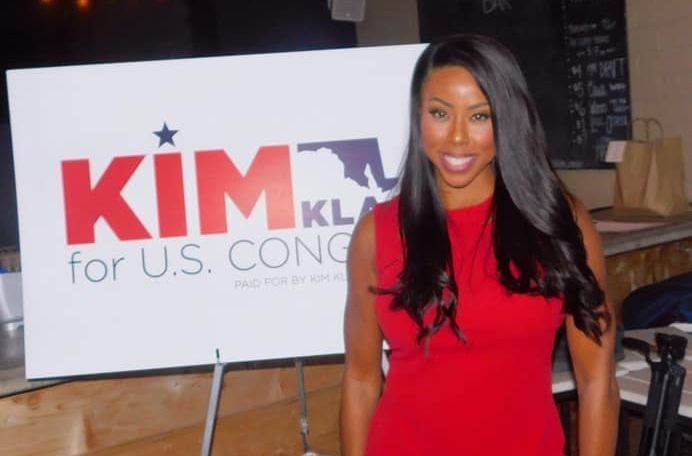 The fight to fill the congressional seat held by the late Congressman Elijah Cummings in Maryland’s 7th district has taken a turn.

In the ad, Klacik states, “Democrats don’t want you to see this. They’re scared that I’m exposing what life is like in Democrat-run cities. That’s why I’m running for Congress. Because All Black Lives Matter. Baltimore Matters. And black people don’t have to vote Democrat.”

Earlier this year, Klacik, who describes herself as pro-Trump, won the Republican primary in a bid to represent the Maryland district that was once held by Cummings. She is running for the seat against Democratic candidate, Kweisi Mfume, who ran the NAACP from 1996 to 2004. He easily beat Klacik for the heavily Democratic 7th Congressional District in a special election after Cummings’ death. Mfume held the seat for a decade before resigning to lead the NAACP.

“Baltimore has been run by the Democrat Party for 53 years,” she says in the video. “What is the result of their decades of leadership? Baltimore is one of the top five most dangerous cities in America. The murder rate in Baltimore is ten times the U.S. average. The Baltimore poverty rate is over 20%. Homicide, drug, and alcohol deaths are skyrocketing in our city.

“Do you believe black lives matter? I do. The vast majority of crime in Baltimore is perpetrated against black people, who make up 60% of the population. So why don’t we care about our communities?” she asks.

President Donald Trump has thrown his full support behind Klacik.

Kimberly will work with the Trump Administration and we will bring Baltimore back, and fast. Don’t blow it Baltimore, the Democrats have destroyed your city! https://t.co/PDdjgxbIHu

If Klacik wins the election, she would not only become the first woman, but also the first Republican, to represent the district.