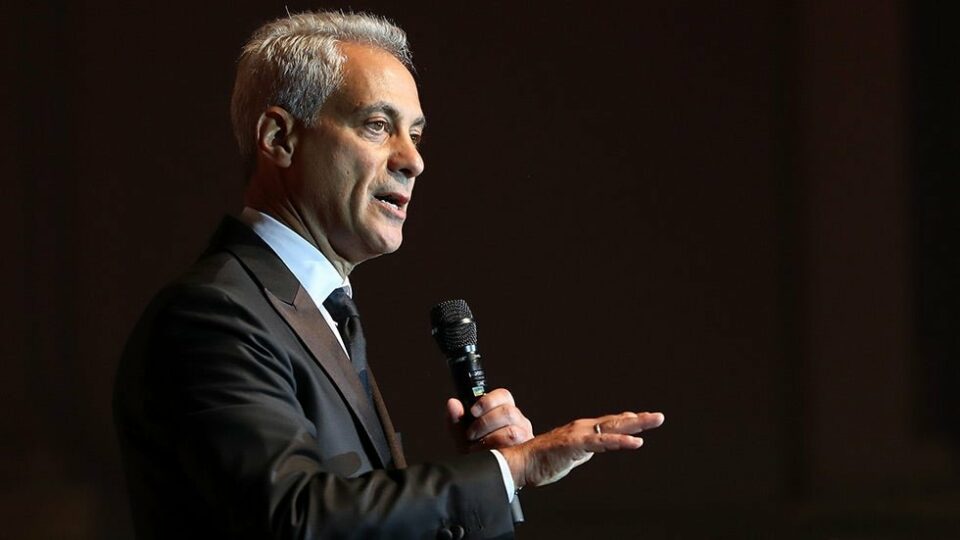 Rep. Cori Bush called out the U.S. Senate for holding the committee confirmation hearing of Rahm Emanuel on the anniversary of Laquan McDonald's death. (Image: Twitter/@TheHill)

Missouri Congresswoman Cori Bush called out the U.S. Senate this week for holding the confirmation hearing for Rahm Emanuel on the anniversary of Laquan McDonald’s death.

McDonald, a 17-year-old Black teen, was shot 16 times by Chicago police in October 2014. The officer who shot McDonald was eventually convicted, found guilty of murder, and sent to prison. However, many criticized Emanuel, the mayor of Chicago, between 2011 and 2019 and accused him of covering up McDonald’s death.

Emanuel testified Wednesday to the Senate Committee on Foreign Relations after President Joe Biden nominated him to Japan’s U.S. ambassador.

Bush called out the hearing on Twitter for what she called “a disgusting disregard for Black lives.”

“They’re holding the confirmation hearing for Rahm Emanuel on the 7-year-anniversary of the police’s murder of Laquan McDonald. A murder that he helped cover up as Mayor,” Bush added.

Despite her words, McDonald’s death wasn’t the focus of Emanuel’s hearing. However, Committee Chair Bob Mendez (D-N.J.) did bring up McDonald, which Emanuel took as a chance to express remorse for what happened.

“There’s not a day or a week that has gone by in the last seven years that I haven’t thought about this and thought about it,” Emanuel told the committee.

Emanuel also acknowledged that he did not know how much distrust Black Chicago residents had for the Chicago Police Department and its residents.

The Chicago Sun-Times reported that Sen. Jeff Merkley (D-Ore.) criticized and grilled Emanuel during the hearing while others, including former vice presidential candidate Tim Kaine (D-VA), defended Emanuel, stating that any mayor of a large city would be “picking up some scar tissue” along the way.

During the investigation into McDonald’s death, social justice and civil rights advocates took particular aim at the fact that dash-cam footage of McDonald’s murder was kept from the public for more than a year after the incident. Many also point out that McDonald’s murder came four months before the 2015 mayoral election in Chicago, which Emanuel won over Jesus Garcia.

As the election drew closer and the footage still wasn’t released, many began to speculate that Emanuel kept the video hidden to ensure he would win reelection.