Nothing says power like politics, and for the past 33 years D.C. Congresswoman Eleanor Holmes Norton has used her Capitol Hill muscle to create better socioeconomic circumstances for people of color.

The first woman to chair the U.S. Equal Employment Opportunity Commission, Norton has displayed a dedication to Black folks that goes far beyond her 11 terms in office. The 73-year-old risked her life campaigning for the advancement of women and African Americans during her college days at Yale, where she served as an organizer for the Student Nonviolent Coordinating Committee in the 1960s. She was arrested for organizing and taking part in sit-ins in Washington, D.C., Maryland, and Ohio and participated in the famous Mississippi Freedom Summer with civil rights heroes like Medgar Evers. Today the D.C.-native can be found crashing mostly-White, mostly-male parties as the ranking member of the House Subcommittee on Economic Development, Public Buildings and Emergency Management.

Norton says her roots in the civil rights movement were instrumental in the shaping of her commanding voice: “I grew up in a time that was segregated,â€ recalls the former attorney, “But what I learned was you could still protest your position. The civil rights movement made it clear to me that the power was in the hands of those who wanted to change their conditions as much as it was in the hands of those who want to maintain the status quo.â€

It’s this understanding, the Democrat says, that gives her the heart to take on her Republican peers on important issues, like the federal deficit or the healthcare debate. “It helps to have constant opposition,â€ she says of their heated interactions. “Unfair treatment is often also empowering. It demands resistance.â€

Norton thanks her younger sisters for giving her that first taste of power. “I am the oldest girl of three girls,â€ she says. “So there’s a sense of the ‘oldest child syndrome.’ I don’t remember ever feeling ‘woe is me,’â€ she laughs. “I felt great. I was part of an aspiring Black family… my parents were working their way through college, and so I also got my strength through family and that feeling of unity that comes with the territory.â€

Be sure to read these related articles on Women of Power… 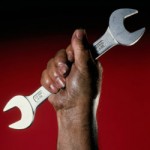 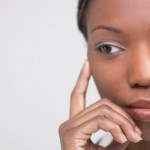 9 Ways to Optimize Your Conference Experience