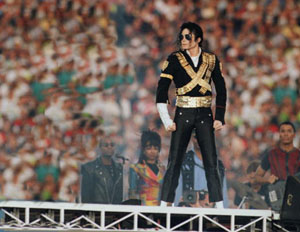 Less than a week after Dr. Conrad Murray was found guilty of involuntary manslaughter in the death of pop superstar Michael Jackson, the doctor is claiming he was duped by the late singer. Murray said in an interview broadcast Thursday Jackson lied to him about his medical history and never stated he had an addiction problem.

“I would hate to put blame on Michael as an individual,” Dr. Conrad Murray told the Today show in the interview done days before the doctor’s conviction.

“I only wish maybe in our dealings with each other he would have been more forthcoming and honest,” he said.

The cardiologist said Jackson was deceptive by not disclosing his full medical history. He told interviewer Savannah Guthrie that he “did not have a clueâ€ that Jackson had an addiction problem.

Murray was convicted on Monday for supplying the insomnia-plagued performer with the powerful anesthetic Propofol. He refused to testify at the trial.

Merck raised its dividend and Cisco reported strong earnings, reinforcing the view that while problems in Europe were still on investors’ minds, there were signs of strength in corporate America.

The NAACP mourns the loss of longtime civil rights activist and former Detroit NAACP leader Arthur Johnson. He passed away from Parkinson’s disease and was laid to rest on Saturday–his 86th birthday.

Born in Georgia, Johnson began his fight for civil rights early in his career. The educator was recruited by the NAACP to serve as executive secretary for its Detroit branch, serving in that capacity for nearly 15 years. Â Almost two decades later, Johnson returned to a leadership position with that same branch and served as president.

“Arthur Johnson was a true pioneer of the civil rights movement,” said NAACP President and CEO Benjamin Todd Jealous. Â “His contributions to the NAACP and the city of Detroit are immeasurable. Â He will be missed.â€