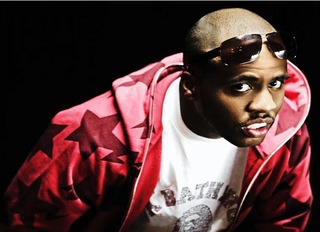 Producer/rapper Consequence, cousin of rapper Q-Tip and formerly associated with Kayne’s G.O.O.D. Music record label, has been in the music industry for decades. Since leaving G.O.O.D, he’s moved on to create his own record label and is building his roster of artists while consistently releasing mixtapes. His new single “Why Do I Even Go Homeâ€ featuring John Legend is on the upcoming fourth installment of his Movies On Demand series mixtape. Â He talks to BlackEnterprise.com about moving forward, his business influences and his musical collaboration with actor Pooch Hall.

When should we expect M.O.D. 4 to be coming out?

Consequence: Mid-September. In the M.O.D. series, there are new artists that I collaborate with and mainstays that have been around for a bit. In the near future, I’m going to have a concert and perform joints from the past M.O.D. mixtapes with the artists featured on those albums.

What have been the pros and cons of starting your own record label, Band Camp Records ?

Consequence: With being an artist and an owner there’s a challenge that lies there. It’s less about being catered to and more being a caterer because as a company I provide a service to defining a sound and target audience that I’m aiming to deliver.

Pooch Hall is signed to your record label. How did that come about?

Consequence: We met at Sway In The Morning and I was there bringing a record I did with Busta Rhymes for Sway to play and he [Pooch] was a guest. He heard the record I brought in and said he thought it was incredible and whenever he came to NY we kept in touch. We got the video for our song together called “Something Lightâ€ coming out soon.

It’s been over a year since the whole drama with G.O.O.D. Music and you collaborated with John Legend for a song. Are you in contact with any other of your former label mates?

What advice do you have for aspiring artists?

Consequence: My advice for any artist is practice. Everyone who is considered great was because they were always practicing. Anyone that receives a threshold of dominance in what they do, practice. From a business side, learn the business, as clichÃ© as it sounds. You got to learn about licensing and publishing and all of that. There’s a lot of money to be made all over music.

Who are some of your business professional influences?

Consequence: There are some people you can’t ignore when you speak about business in regards to getting deals done. Of course Lyor Cohen, his resume can speak for itself. He’s true to the core and he’ll do anything to get the deal done. Some other people are Chris Lighty* and Mona Scott Young, these are the people breaking deals in music and TV and everywhere. L.A. Reid is one of the best record executives because he has a musical background so that makes him more dangerous in the boardroom because he keeps his ear to who’s next from an executive level.

What’s next for you?

Consequence: My next album that I’m putting out next year is called Start Your Own Business and that’s an ode to everything I’ve been through and everything I learned since I broke away and emancipated myself. I didn’t want to go down in history as somebody that was just on somebody’s label and just helped somebody else become a superstar. For me, I dream big and I wanted bigger things for myself and that would sound crazy considering who my former friends was. It was fine helping somebody else fulfill their dream, but there were things that live inside of me that I wanted to do. When I’m with Pooch and artists come into the club and tell me my record is crazy, that’s what I got into the game for.

*This interview was conducted before the death of Chris Lighty.