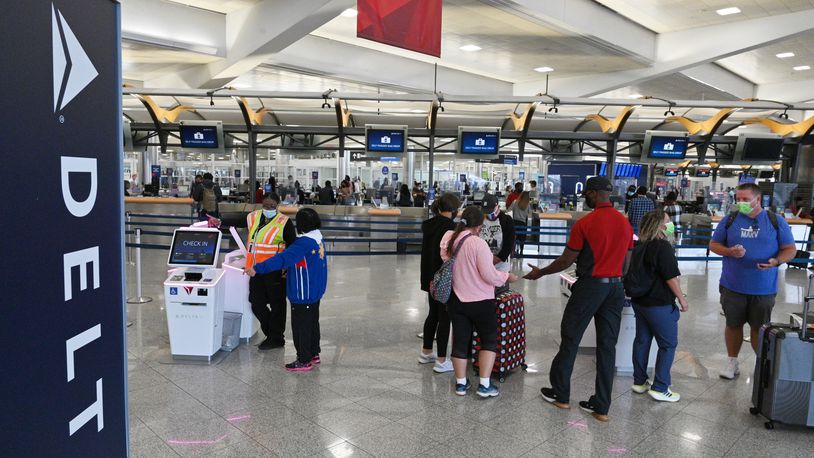 The Atlanta Police Department and the ATF are searching for a convicted felon whose gun accidentally went off at a TSA checkpoint at Hartsfield-Jackson Atlanta International Airport on Saturday, causing a panic and injuries.

According to the Atlanta Journal-Constitution, the wanted man has been identified as 42-year-old Kevin Wells and now faces charges including carrying a concealed weapon at a commercial airport and possession of a firearm by a convicted felon.

The incident took place around 1:30pm, when Wells put a bag containing his weapon through the X-Ray at the security checkpoint. Once TSA agents noted the handgun in the bag, an officer began manually searching the luggage, warning Wells not to touch the weapon.

He proceeded to grab the gun from his bag, at which point the weapon went off, causing other passengers to run for cover as rumors of an active shooter situation broke out on social media. A video posted to Twitter shows the a chaotic security checkpoint area in the moments immediately following the shooting.

“The passenger then fled the security checkpoint through an adjacent exit lane with his firearm.” said Robert Spin, TSA federal security director for Georgia, in a press conference. “We’re fortunate that when the firearm went off nobody was seriously injured.”

Three people were treated on-site for non-life-threatening injuries, Reuters reports, including one individual who fell in the airport’s atrium, away from the checkpoint commotion. As a security measure, all flights were grounded for about two hours following disruption.

In 2021, TSA has seized 450 weapons at the security checkpoints at Hartsfield-Jackson, which is one of the busiest airports in the world.

So far this year, 4,495 passengers have made it to a TSA checkpoints across the country before realizing they had arrived at the airport with a weapon on their person or in their luggage.