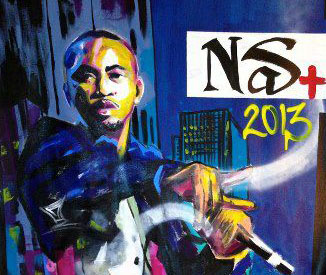 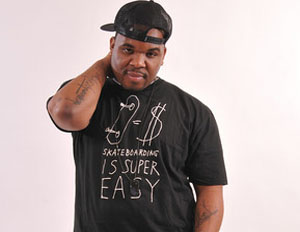 The best place to see Demont “Peekasoâ€ Pinder’s colorful, music-themed artwork isn’t in a gallery. It’s on Instagram. Displaying his art, documenting his travels and advertising pieces that are available for purchase, the social media network serves as Pinder’s home base.

A quick scroll through his Instagram account looks like a who’s who of black entertainmment: smiling with Chaka Khan, joking around with Kelly Rowland, and on-stage painting with rappers Rakim and Slick Rick.

A full-time artist, Pinder, 34, spends a large chunk of his time traveling with R&B singer and high-school friend Raheem DeVaughn, a job that has taken Pinder all over the world. He has used that connections and exposure to build his business and following.

Being a full-time artist is tough, the self-taught artist admits, but it’s possible.

“It has to be a passion,â€ Pinder says. “If all else fails, you still have to love it, even if you don’t get money for a piece. Getting paid is a bonus.â€

And now Pinder has worked his passion into a spot as resident artist at Washington, D.C.’s historic Howard Theater. As singers, rappers and comedians become part of the building’s history on stage, Pinder is making his contribution downstairs, painting an ongoing mural of past and present performers.

“I consider myself a young historian,â€ Pinder says. “And I try to document life as it is right now as much as possible.â€

Pinder has already added paintings of Chrisette Michelle, Freddy Jackson, Chuck Brown and others to the mural.

When on the road with DeVaughn, the location and the music are inspiration for his paintings. As DeVaughn sings, Pinder paints, signing each piece with his name, date and time.

About 75% of his work is done in the time it takes a performer to start and finish a set, live on stage or in the studio during DeVaughn’s weekly radio show. But going forward, Pinder wants to commit time to produce more detailed pieces.

While his work is on display in several recording studios around the DC metropolitan area, Pinder hopes to eventually open a gallery of his own to exhibit and sell his work. Add writing, album covers and a possible clothing line to his to-do list.

“There’s no limits,â€ he says. “I want to create something that’s going to last.â€