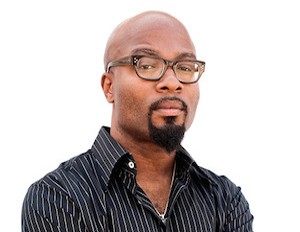 It’s no secret that we are all connected in one way or another through the powers of the World Wide Web. Doesn’t matter if you’re chatting with a friend on WhatsApp or trying to Skype with a family member across seas, the Wi-Fi generation is upon us.

A major part of this trend developing within the African American community is thanks to Ken Gibbs, Jr., a proven tech guru who has helped to revamp or construct web-culture at places like Interactive One, TheLoop21, and AOL. Getting his digital career started under the tutelage of Philppe Wamba at Africana.com, Ken stayed down with the company as it was acquired by Time Warner. After merging with AOL to become AOL Black Voices, this Mattapan, MA native realized that his knowledge and expertise could not be taken for granted.

After a stint at Essence.com where he was responsible for redesigning and rebranding their “Real Black Network,” he settled into the cushy role of chief operating Officer and executive producer of TheLoop21.com. Over the years, Mr. Gibbs has changed the dynamics and increased metrics along the way. Refusing to settle for less and always in search of the next challenge, Ken took a lofty position with Black Entertainment Television as the Director of OnTV Operations, where he currently manages the digital footprint for the network shows and the BET Experience.

As a man who believes that African Americans should use the web to create their own best reflection within the media, Ken has lived and breathed the “do-it-yourself” mantra for 15 years. He has the knowledge, the strategy, and the chutzpah to make the unbelievable a reality. Black Enterprise wanted to sit down with this creative boss to discuss his experiences on the web, his thoughts on being innovative on the web, and the possible end of the Internet itself. Enjoy!

BlackEnterprise.com: Your love of all things digital stemmed from attending a school that was one of the first to receive computers. How did that formative moment inspire you to dive into the industry? Can you also talk about any obstacles you overcame while learning how to navigate and create on the web?

Ken Gibbs Jr.: That experience, which I had at the James J. Chittick School in Mattapan, MA under the guidance of Mrs. Watson. I was mainly making short films on logo, nothing too serious. But later on at West Roxbury Latin, I dabbled in very rudimentary video games, copying code from friends and tweaking it. Each of these opportunities just convinced me of the world of opportunity out there that I’d only begun to understand. The only real obstacle I ever faced was computer power. I’d gotten an Apple IIc, which was obsolete like a month after I got it. So as things kept moving, and I wanted to do more, I needed to find ways to get access to more powerful computers.

You’re like a Web-savvy MacGyver able to fix companies whose digital side may be lacking. When you begin to tackle a project how do you strategize a plan to help strengthen an online property? Can you also discuss any memorable moments in your lengthy career that you wish to share with the audience?

The first thing to make note of is what’s being done right, and that’s determined by the data. Lots of companies that aren’t net native don’t take advantage of the data and go with their gut. Often times they’re wrong about which of their products their audience is most interested in. A recent memorable moment, that’s especially poignant given all the great work he’s doing around the Ferguson protests right now, is when I was COO of the now defunct Loop21.com. Aaron Morrison, one of our staff writers, introduced us to his friend and fellow writer Wesley Lowery during the early days of the Trayvon Martin case. Wesley tracked down George Zimmerman and was the first person to make contact with him, even before the folks at FOX. As a result, everyone had to credit Loop21 and Wesley got an appearance on HLN out of it. Great feeling, especially when you’re at a small startup working from home.

We’re seeing the walls between traditional media and new media transitioning into just the latter. Publications such as VIBE and XXL have shuttered their print mediums in favor of reaching a younger audience. As someone who had foresight from the early days—what will be the next shift in the ongoing battle between old and new expression?

The end of the Internet, or rather us looking at the net as being separate from TV, radio, film or print. It’s the one platform that combines all three, and future generations will just see the internet as their media fountain, where they get media, regardless if they want to listen to it, watch it or read it. The roles of TV or radio stations won’t be as narrowly defined. TV stations will be producing hour long audio only podcasts, where appropriate and radio stations might be doing video broadcasts. This is already happening, actually.

On the next page, Ken talks about how CPCs and CPMs can affect a website’s reputation…