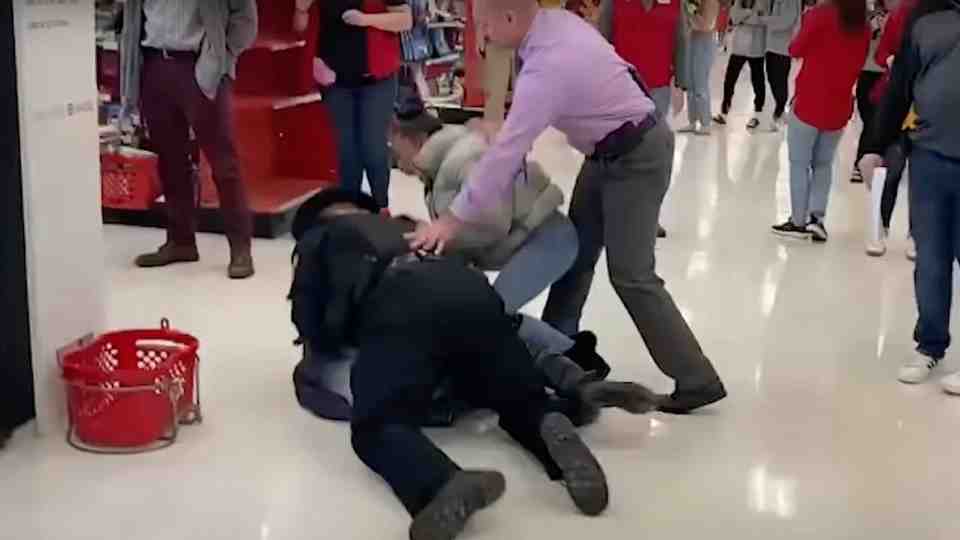 A cop in Upstate New York is under fire after tackling a Black autistic teen he detained inside of a Target store.

Chante Ware says her 14-year-old son was tackled by a Saratoga County sheriff’s deputy despite doing nothing wrong, Times-Union reports. The teen was waiting for his siblings and cousins to check out with purchases bought with Easter money at the Clifton Park Target location when the deputy came unwarranted and charged the teen.

The teen girl was eventually arrested and taken into custody after attempting to protect her brother. Video shows the chaotic scene that ensued after the deputy tackled the teenage boy.

Ware is now questioning why her child was approached by the police.

“I was in Walmart shopping and got a text message from my daughter,” Ware said. “I called her and all I could hear was my oldest daughter screaming and crying, ‘He’s autistic, he’s autistic.’ I got to Target and there were nine or 10 squad cars there. … I was told my kids are suspects in a larceny.”

Cops charged the 17-year-old for allegedly striking the deputy with a soap dish, injuring his face, the Daily Voice reports. The teen girl now faces charges of felony assault and resisting arrest.

In a statement posted online, the Saratoga County Sheriff’s Office claims the officer was responding to a “disturbance call” from someone who “reported that youths at the location were being disruptive.

“We take all allegations of assault against law enforcement seriously and they will be dealt with to the fullest extent of the law,” Saratoga County Sheriff Michael Zurlo said in a statement.

“It is my hope that the injuries to our deputy and the trooper were minor and that they suffer no lasting ill-effects.”