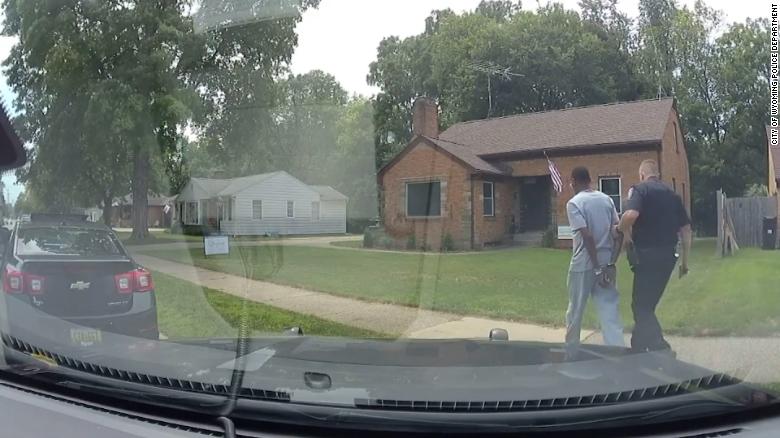 Last Sunday afternoon, Brown decided to show his client Roy Thorne a Michigan home located on Sharon Avenue SW in Wyoming, Michigan. As they were going through the home, the men noticed a growing presence of police cars in the neighborhood.

Brown immediately thought that a criminal was probably in the area. However, Thorne’s teenage son notified the men that the police cars were parked in front of the home.

Thorne looked outside through an upstairs window to see what was going on. He was met with an unexpected situation. Police officers were pointing guns towards the property.

Thorne immediately informed the officers who they were. But the Wyoming Police Department wasn’t seeking an introduction or explanation. They were on a mission to make an arrest.

According to the department, they were responding to a report of a break-in. Police explained to News 8 that the same home was recently broken into. The 911 caller said that the person who had been arrested had returned. Therefore, the police believed they were following proper protocol.

After Thorne made his presence known, the police ordered the Real Estate agent, client, and man’s son to exit the homes one by one. They were instructed to keep their hands in the air. Then, the men experienced a taste of the Black man’s nightmare: being arrested for no reason. Even Thorne’s 15-year-old son experienced the horror of being placed in handcuffs. Brown and Thorne are speaking out, sharing that they were victims of racial profiling.

“They keep their guns drawn on us until all of us were in cuffs,” Thorne shared with News 8 as he recalls the experience. “So, that was a little traumatizing, I guess because under the current climate of things, you just don’t know what’s going to happen.”

While in handcuffs, the men finally had a chance to clear up any confusion. Brown informed the officers that he was a real estate agent, having legal access to the property to perform home tours.

The men were released after Brown proved his real estate credentials. Later, the police officers admitted that it was a mix-up.

According to Brown’s real estate website, he has been a West Michigan REALTOR for over 18 years. He also has a background in statistical analysis as a Six Sigma Black Belt. In addition, he serves the community as a travel basketball coach.

Despite his vast experience, education, and philanthropic work, Brown feels that he was still treated like a criminal. Although the police apologized, it doesn’t erase the lasting impact this event will have on his career and personal life.

“I feel pretty anxious, or nervous or maybe even a little bit scared about what do I do to protect myself if I’m going to show a home and the authorities just get called on a whim like that,” said Brown. “Am I just automatically the criminal? Because that’s pretty much how we were treated in that situation.”