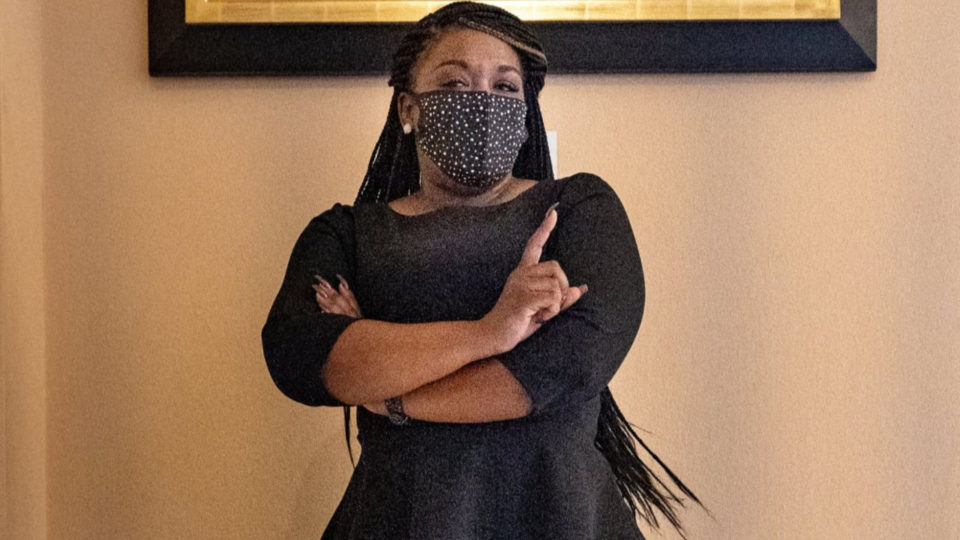 Cori Bush, who was once homeless before she defeated longtime Rep. William Lacy Clay in Missouri’s Democratic primary back in August, has now become the first Black congresswoman in Missouri’s history, according to St. Louis Public Radio.

After placing her vote Tuesday morning, Bush spoke to St. Louis Public Record, “It’s unbelievable. It’s amazing. But it’s also sad. Because it’s 2020 and I’ll be the first woman in the district and the first Black congresswoman ever for the state. But I wouldn’t change this moment to be able to be here.”

Just voted. Not just for me. For us. pic.twitter.com/RegR1ezdPk

5 AM at the polls energy 🙌🏾 pic.twitter.com/km7JydTEyA

When we won in August, some media outlets called the race for my opponent at 1% reporting

We were patient & trusted that every vote would be counted

Before results come out, remember—don’t let preemptive declarations of victory get you down. The voice of the people will prevail

Mike Brown was murdered 2,278 days ago. We took to the streets for more than 400 days in protest. Today, we take this fight for Black Lives from the streets of Ferguson to the halls of Congress. We will get justice.

I am the first nurse going to Congress from Missouri—in the middle of a pandemic. Nurses all across the country have risked their lives to save others. Working class people need representatives who look like them and who have experienced their struggles. I am that champion.

To all the counted outs, the forgotten abouts, the marginalized, and the pushed asides. This is our moment. We came together to end a 52-year family dynasty. That’s how we build the political revolution.