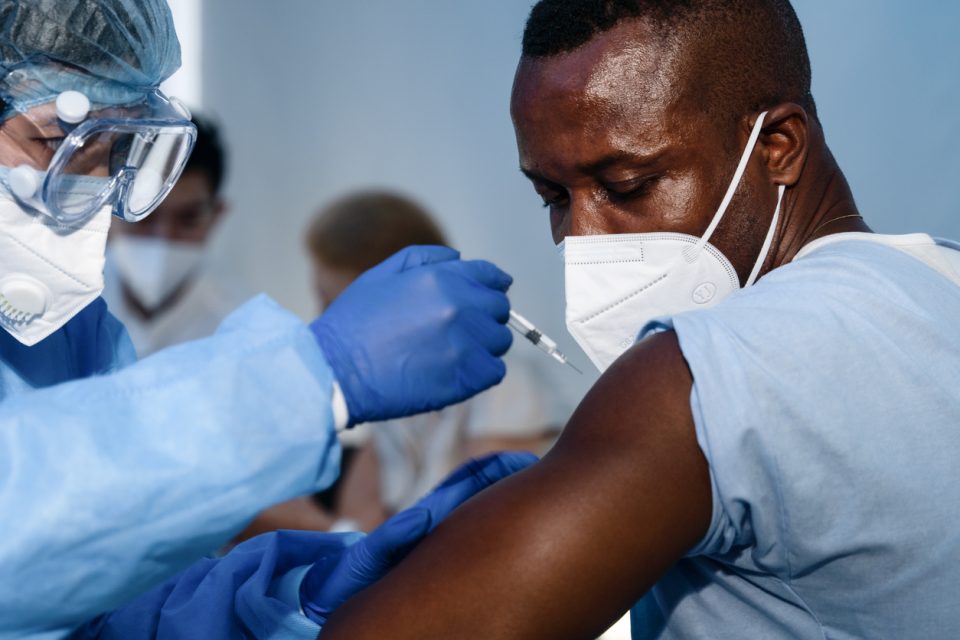 (Reuters) – It’s a life-threatening problem that’s been long predicted – but that few in the government or private sectors have yet done much to solve. Now the consequences are hitting Black and Hispanic Americans.

America’s COVID-19 vaccine drive is failing to reach Black and Hispanic communities, despite pervasive warnings about their lack of healthcare access and heightened vaccine hesitancy, rooted in distrust of the government and historical episodes of medical exploitation.

The issue has been highlighted by polls and government focus groups since last summer. But there’s been no comprehensive national effort to address the problem from the federal government or major philanthropists, leaving a patchwork of underfunded local activists struggling to fill the void, according to Reuters interviews with fifteen nonprofits and philanthropic groups.

The results of inaction are stark: While U.S. communities of color are at higher risk for severe or fatal COVID-19 infections, white people have been vaccinated at twice the rate of Blacks and two-and-a-half times the rate of Hispanics, according to a March 1 study by the Kaiser Family Foundation.

“We need to get out there and start connecting with people before it’s too late,” said Betsy MacLean, who runs the urban planning nonprofit Hester Street.

Grassroots organizers in Black and Hispanic communities have struggled to secure private or public funding for outreach efforts to promote vaccination. Advocates focused on the issue say philanthropists are juggling competing priorities and tend to view such crisis response as largely the government’s job. The federal government, under the new administration of Democratic President Joe Biden, is only now getting started on serious efforts to promote vaccination in minority communities.

What’s needed, the advocates say, is a nationally coordinated marketing campaign, combined with critical efforts at personal outreach by respected local influencers in communities of color. An effective effort, they said, could cost hundreds of millions of dollars. Some community groups are seeking to revive a nationwide network of nonprofits that helped boost response rates to the 2020 Census in minority communities, saying a similar strategy could work to promote vaccination.

The Biden administration announced Monday that it would spend $250 million to “encourage COVID-19 safety and vaccination among underserved populations,” which could include minority communities but also other vulnerable groups, such as rural residents. Localities will have to apply for that money; grants would finance 30 urban projects and 43 rural projects, according to an administration news release.

The administration also plans to use money from its proposed COVID-19 stimulus package to promote vaccination, in minority communities and others, but the specifics of that effort remain unclear. The White House plans to partner with local officials and nonprofits to overcome government distrust, said Dr. Cameron Webb, the White House’s senior policy adviser for COVID-19 equity.

A Reuters/Ipsos poll in December showed Black people, in particular, were far more likely to fear vaccination than white people. Their skepticism stems in part from historical traumas such as the Tuskegee Syphilis Study, when government researchers left hundreds of Black men untreated for the disease to study its effects. Many Hispanic communities are fearful of interacting with the government in an era of widespread anti-immigration sentiment. Both communities have less access to medical care than white populations.

Some nonprofits are pushing for funding to reactivate the network that successfully encouraged people in minority communities to fill out the 2020 Census – another federal initiative dogged by fear and distrust.

In that effort, hundreds of grassroots groups knocked on doors and held information sessions to dispel fears. They recruited pastors, school teachers and other trusted locals to push the message. A similar model could work for vaccines, said Karthick Ramakrishnan, a public policy expert who ran a census outreach effort in southern California.

The White House acknowledged the parallels between vaccine and census outreach, but stopped short of committing to finance similar NGO-led efforts to boost vaccine trust.

“We’re talking about how we can dovetail from the work that was done on the census, not just to learn from it, but also tap into the same human resources and networks,” Webb said.

Rosyo Ramirez, deputy public health director for the heavily Hispanic Imperial County, California, said local nonprofit groups could play a key role in raising vaccination rates because they have deep ties in minority communities. “People need to feel comfortable with who the message is coming from,” Ramirez said.

Ramakrishnan has held Zoom meetings with nonprofits and philanthropic groups, pitching them on a centralized campaign, modeled on the census efforts. But reactivating that network for vaccine education is “not as simple as snapping your fingers,” said Megan Thomas, interim president of the San Diego-based funders’ coalition Catalyst.

The census effort’s financiers had years to plan and fine-tune the census push, whereas the pandemic came as an unexpected and fast-moving crisis – one that Thomas said the government might be better equipped to handle.

Hester Street’s MacLean reached out in February to the New York Community Trust, a key donor to her work on census outreach, urging it to revive “the amazing social infrastructure we all built out for the Census for vaccines!”

Patricia Swann, who approved MacLean’s census grant, said she was “agnostic” on the new request – not because she doesn’t support the work, but because she is not in charge of the Trust’s public health initiatives. She said she planned to pass MacLean’s request on to a colleague in another department.