Cost of Quality Preschool is Worth it 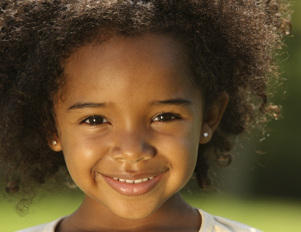 This post is written by Nobel laureate James Heckman and was originally published by the Hechinger Report. For more about the author, scroll down to the end of the post.

Unfortunately, this good news is getting lost in the current obsession over third-grade test scores. This is the case with the recent debate around the newÂ Vanderbilt studyÂ on the Tennessee pre-K program. Opponents and proponents of early childhood education alike are quickly turning third-grade assessments into a lopsided and deterministic milestone instead of an appropriate developmental evaluation in the life cycle of skills formation.

There is a reoccurring trend in some early childhood education studies: Disadvantaged children who attend preschool arrive at kindergarten more intellectually and emotionally prepared than peers who have had no preschool. Yet by third grade, their math and literacy scores generally pull into parity.

Many critics call this “fadeout,” and claim that quality early childhood education has no lasting effect. Not so, and not by a long shot. Too often, program evaluations are based on standardized achievement tests and IQ measures that do not tell the whole story and poorly predict life outcomes.

For example, the well-knownÂ Perry PreschoolÂ program did not show any positive IQ effects just a few years following the program. Upon decades of follow-ups, however, we continue to see extremely encouraging results along dimensions such as schooling, earnings, reduced involvement in crime, and better health.

The truly remarkable impacts of Perry were not seen until much later in the lives of participants.

Considering this, it is especially important that we see HSIS through before condemning Head Start. The decision to judge programs based on third-grade test scores dismisses the full range of skills and capacities developed through early childhood education that strongly contribute to future achievement and life outcomes.

The success of an early childhood program ultimately comes down to what is being evaluated, and too many evaluate the wrong things. Too many measure only half the child, focusing on IQ and cognitive gains at the expense of social and emotional skills that are often stronger determinants of adult success.