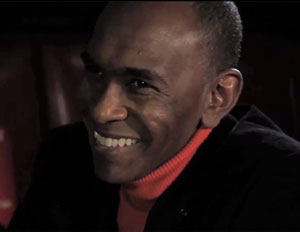 Last week playwright Tennessee Williams‘ 1947 play, A Streetcar Named Desire, returned to Broadway with actors Blair Underwood, Nicole Ari Parker and Wood Harris among the lead characters. Set in New Orleans, the production tells the story of Blanche Dubois (Parker), a pretentious woman of virtue, who clashes with her brother-in-law Stanley Kowalski (Underwood). One of the men responsible for making sure period piece felt genuine is noted costume designer Paul Tazewell,Â who paid precise detail to the often-overlooked wardrobe portion of the production and its importance to making the performance feel authentic. Watch below as Tazewell tells BlackEnterprise.com how he transported Williams’ classic work into the 21st century without losing a stitch in time.

Interested in seeing A Streetcar Named Desire live on Broadway? Log on toÂ BroadwayOffers.com or call 212 947-8844 and use the “ASFLY79” discount code to get 35% off the regular ticket price. Offer valid on select performances and seat locations. Restrictions may apply.