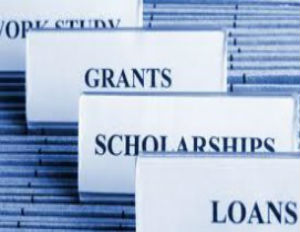 The Obama administration wants to expand the federal Pell Grant program by bringing back year-round eligibility for the grants, which was eliminated four years ago, and by creating a $300 annual bonus for Pell recipients who take at least 15 credits per semester.

The two proposed changesÂ announcedÂ Jan. 19 would cost $2 billion in the next fiscal year, the U.S. Department of Education said. Both would require approval by the Republican-led U.S. Congress, which will be a tall order for the White House.

However, the push to restore the so-called year-round Pell recently has picked up some bipartisan backing. It has a chance of returning this budget season, said supporters of the plan.

“This proposal will provide nearly 700,000 students next year who are making real progress toward on-time graduation with an additional $1,915 on average to help pay for college and complete their degrees faster,â€ the department said in a written statement.

Currently, low-income students who attend college full-time and receive Pell Grants often run through the maximum annual grant amount within two semesters, leaving no Pell money for summer courses. President George W. Bush and Congress in 2008 created a fix for that problem, by allowing students to access Pell Grants for the following year to help pay for summer courses.

That eligibility lasted three years. The Obama administration, with bipartisan backing from Congress,Â cut year-round Pell in 2011. The White House said the annual appropriation had become too expensive. Its elimination was defended as a necessary sacrifice and a way to protect Pell recipients from having their maximum award amounts slashed.

Many in the higher education lobby, particularly private colleges, were willing to see year-round Pell go–at least quietly–if it meant avoiding cuts to the then $5,550 maximum award. Advocates for community colleges and public four-year institutions were livid, however.

Read more at Inside Higher Ed.