One Couple's Recipe for Business Survival In COVID-19 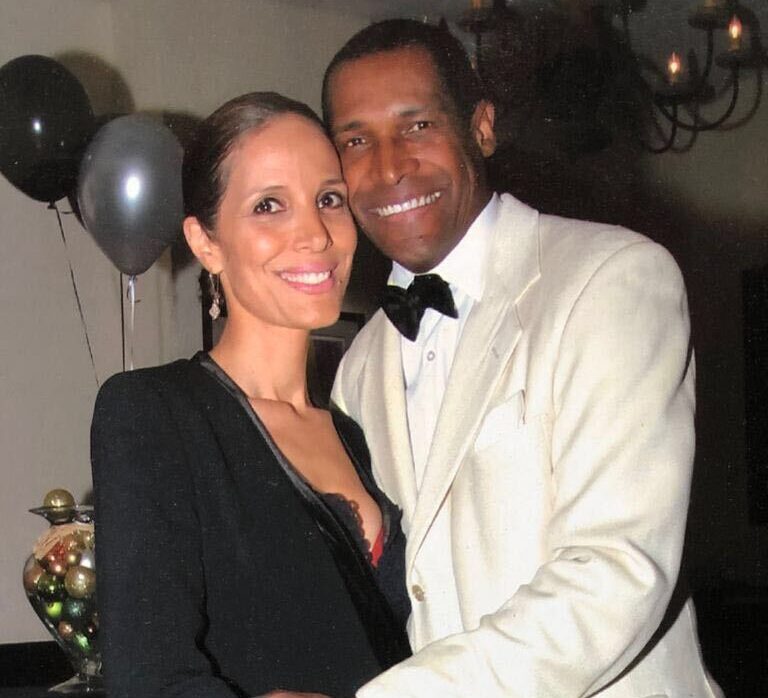 “We had a champagne fountain and ice sculptures; a band in the front room and one in the back. It was about opulence and the best life can offer,” recalled Gwen Clayton, co-founder of the establishment with her husband, Alvin. “Everyone was in costume and full of love and joy.”

Little did they know that would be the last party not just at Alvin & Friends, but in New Rochelle, for a long time.

Not 24 hours later (and a full week before the nation’s first official shelter-in-place order in California) life in New Rochelle was in a tailspin, taking business at Alvin & Friends and other local businesses with it. The small city located just 20 minutes north of Manhattan, was in the grips of a spiraling COVID-19 outbreak after its first case was confirmed on March 3. Within days, the state had gotten involved, locking down a containment zone around a synagogue known to be the epicenter of the outbreak. In a move that got the entire nation’s attention, Governor Andrew Cuomo also sent in the National Guard to assist with cleaning impacted facilities and distributing food to families that relied on school-based meals for their children. With schools closed, the city’s more than 10,000 children were suddenly at home.

At the Dawn of Spring, Business Froze

Alvin & Friends, known for its Southern and Caribbean fusion cuisine and the gracious warmth of the couple that first launched it a decade ago, is located in downtown New Rochelle, just south of the containment zone. But many of its most loyal patrons lived within the zone and, with New Rochelle the subject of shocking headlines, the business that regularly flowed from surrounding towns froze.

As a fine dining restaurant with very little take-out business, the Claytons had to pivot quickly and completely. “Business dropped 99% overnight,” says Alvin.

Their white-linen covered tables were empty and private events–which typically accounted for 40% of the restaurant’s business–were being canceled in droves. “Restaurants aren’t just about money and food,” Gwen says. “They’re about good times and great memories. People had to cancel fundraisers, baby showers, wedding rehearsal dinners. This was heartbreaking stuff.”

Even more heartbreaking: having to let go of staff. Normally employing 20 to 30 full- and part-time employees, plus dozens of live musicians featured weekly, the Claytons quickly reduced payroll to include a full-time skeleton crew of three–a chef, a dishwasher, and someone to take orders for delivery over the phone–plus themselves (they are foregoing any salary).

An SBA deferment on their mortgage for three months helped alleviate expenses. “I’m so glad we own our building,” Alvin says. A local program, called NourishAll also offered a small, but meaningful, boost. According to a weekly newsletter from New Rochelle’s mayor, Noam Bramson, 1,000 people, identified by ten community agencies, received $50 gift cards for takeout or delivery at one of 20 participating restaurants, with new rounds of cards to be issued weekly.

The city purchased $2,500 worth of Alvin & Friends gift cards at a discounted rate of $2,100, Alvin said. The money didn’t go far (“It allowed me to pay a bill,” he says) but the support from the city and the ability to help others felt good. Friends and loyal patrons also stepped in, calling in large orders to be sent to first-responders at local hospitals, police stations, and fire departments.

Alvin, who often helps cook these days, also makes deliveries, sometimes with Gwen at his side. The couple has grappled with unexpected stressors such as worries about their three children, two of whom were in college in New Orleans when the pandemic began to peak, and Alvin’s quarantined elderly mother, to whom they bring meals daily. As if that wasn’t enough, both tested positive for the virus at one point. Gwen grew very ill and managed her symptoms at home with Alvin, who was asymptomatic.

While they have helped each other through every trial, the federal government has largely failed them. Their application for stimulus funds was denied while a “white friend whose business wasn’t in jeopardy received significant help,” says Alvin. “The same people get the money all the time. The same people get left out all the time.”

“The big rescue ship just sailed right past our raft,” Gwen adds. “New Rochelle has been a little tug boat, pulling us out of the deep sea.”

Sometimes You Have to Go Back to Go Forward

One week ago, Alvin reinstated their Sunday brunch, albeit for takeout only. But the response was higher than anticipated and a glimmer of light appeared at what he hopes is a tunnel’s end that’s not too far away.

“You can stress yourself out every day when there’s death and destruction and devastation,” he says. “Everybody’s going through it, but I can’t get depressed. If you’re not going to be part of the solution you’re part of the problem. So, we’ve just been solution-minded. The things I can control, I stress over; but the things I can’t, I let go.”

A former model and artist whose works are owned by actors Blair Underwood and Denzel Washington, Clayton paints almost every day to clear his mind and keep his peace. His colorful portraits, celebrating black culture and family life, line the walls of the restaurant, and he has begun posting them on the Alvin & Friends Facebook page, as a way to share a bit of beauty and joy–which brings Gwen back to what their business is all about.

With Easter, Mother’s Day, graduations, and weddings, spring is normally the restaurant’s busiest season, full of laughter, warm hugs, and the clinking of glasses as toasts are made to the brightness of the present moment, to great expectations, and hope.

Looking around their eerily quiet restaurant, where the only signs of vibrant life are captured in Alvin’s paintings on the walls, “It’s so melancholy,” Gwen says, sighing. But she quickly perks up. “If we can come out on the other side of this virus with a deeper appreciation for what we have and how much we mean to each other, we’ll be OK. Sometimes you have to go back in order to go forward. I feel like that day is coming.”

Watch Alvin and Gwen Clayton’s interview on “On The Clock With Caroline Clarke” below.