Crack Up With Comedian Capone at BE Women of Power Summit 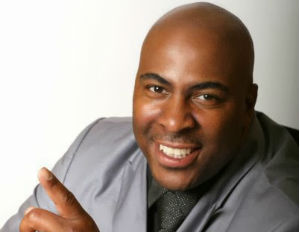 It is no secret that the Black Enterprise Women of Power Summit is a full event. Attendees fill up on accountability, inspiration, and motivation—no way we could leave out celebration. After 3 days of empowering speakers, panels, networking and activities, it will be due time to get your fill of laughter. In comes entrepreneur and comedian Capone, the self-proclaimed ‘Gangster of Comedy.’

You may have had the pleasure of experiencing Capone’s gut-busting sets at comedy clubs all across the nation, including Uptown Comedy Club, Boston Comedy Club, New York’s Caroline’s Comedy Club, and Harlem’s legendary Apollo Theatre. If you haven’t seen him on the comedy club circuit, perhaps you can recall his skit on Ruff Ryder’s own, Drag-On’s, debut album Opposite of H2O or you’ve witnessed one of his impromptu sets at one of the three Bronx, NYC businesses he owns—the barber shop, beauty salon, or the computer store.

If none of this is ringing a bell, allow BlackEnterprise.com to help you out. Check out Capone’s hilarious set with the Mixtape Comedy Show and thank us live in-person at the 2016 Black Enterprise Women of Power Summit, March 9-12, at the Hilton Diplomat Resort & Spa, Hollywood, Florida, where Capone will join R&B sensation Johnny Gill as live entertainment for this highly-anticipated event.

Register NOW for the 2016 Black Enterprise Women of Power Summit. Use code MLK16 when registering for a special discounted rate.

For information on the Women of Power Summit, including sessions, speakers and entertainers click here. Be sure to check back at BlackEnterprise.com as updates are announced.