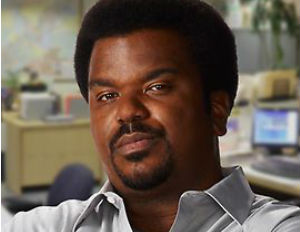 Known for his breakout role on NBC’s The Office, and slew of comedic films including Pineapple Express (2008) and Hot Tub Time Machine (2010), actor Craig Robinson is gearing up for his sitcom on the peacock network.

According to Entertainment Weekly, Robinson’s new show is currently untitled, but will be produced by Harvard grad and TV funny man, Greg Daniels. The show is slated to have a School of Rock mentality with Robinson playing a, “musician-turned-music teacher grappling with ‘precocious kids, teacher politics, and the temptations of single moms’,â€ says NBC.

In addition to his full television schedule, the 41-year-old comedian is slated to release four films before the year is up: Escape From Planet Earth, Rapturepalooza, We the Peeples and This Is the End.