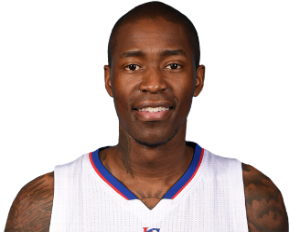 Rumors of LA Clipper’s guard Jamal Crawford being traded turned out to be false as he tied with teammate DeAndre Jordan for a game high of 26 points on Thursday, giving the Clippers a win against the San Antonio Spurs (119-115).

[Related: This Day In History- Charles Barkley Is Born]
So, Crawford’s annual salary of $5.3 million is safe for the remainder of 2015 when his contract expires. He will become a free agent in 2016, according to the NBA. But the NBA trade was considered record breaking and full of player shifts and contract negotiations for many other players. Â According to SB Nation, 37 players were swapped and 11 players were traded at the end of NBA Trading Day on Thursday.
SB Nation breaks down the details here.