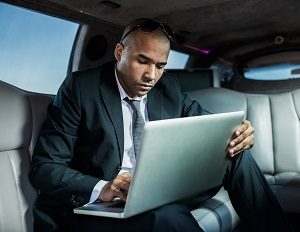 While pundits analyze and parse President Obama’s legacy as he prepares to leave office, there is one gift he leaves that will benefit many: the Jumpstart Our Business Startups (JOBS) Act.

Signed into law on April 5, 2012, by President Obama, the legislation’s purpose is to provide funding and resources for small businesses. Part of the JOBS Act allows for equity crowdfunding, in which a small, private business can offer investors equity into the company.

One innovative, African American organization is already leveraging the JOBS Act for social good. The Greenwood Project is pooling together $1 million dollars, and using it to create black-owned startups and more conscious black millionaires. Investing officially kicked off on December 13, 2016, and Rashaan Everett, a current technology consultant for Accenture, is leading the effort.

“Before [the JOBS Act], nothing like this was ever allowed to exist. We’re literally fighting systematic oppression. The real reason there isn’t a black Mark Zuckerberg is because black entrepreneurs never ever even get an opportunity,â€ says Everett.

African Americans have billion dollar ideas that never get funding, because 76% of all investors are white males. So, black entrepreneurs have never even had a chance to create great companies like Facebook, Dropbox, or Snapchat, Everett explains. This has crippled black entrepreneurs for generations.

“The Greenwood Project will give us our very first chance to use our own dollars to fund our own companies,â€ he says.

With the Greenwood Project, people of color can purchase lucrative stock in startups created by black entrepreneurs.

“Imagine if the next billion dollar technology company was part-owned by 20,000 black families? Now, we have the money to organize our people, and use celebrities and influencers to encourage black spending like never before. This is what Marcus Garvey, MLK, and Malcolm X referred to as ‘collective economics,’â€ Everett says.

The Greenwood Project is named after the original Black Wall Street, Greenwood, in Tulsa, Oklahoma, which was burned down by the KKK in 1921.

To learn more about the information, visit the Greenwood Project funding page and view the FAQ.