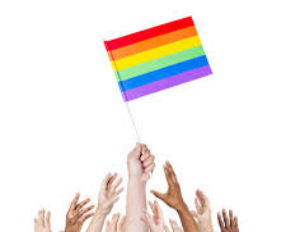 As we recognize and celebrate Black History Month, it is important to take a moment to remember and honor the contributions of African American lesbian, gay, bisexual, transgender, queer and/or same gender loving (LGBTQ/SGL) figures. These include Bessie Smith, Audre Lorde, Alvin Ailey, Bayard Rustin, Pauli Murray, Marsha P. Johnson, Laverne Cox, Lee Daniels and James Baldwin, all of whom have been instrumental throughout the course of our nation’s history. It is also a time for us to reflect on how we are supporting and preparing African American LGBTQ/SGL youth to reach their full potential.

As a member of the black LGBTQ/SGL community, I am proud of the progress that has been made since President Obama took office, and the ripple effects of the unyielding and effective LGBT Equality Movement, which has helped move our nation closer to embracing us. The U.S. Department of Education has issued guidance to combat bullying in schools, as well as guidancereaffirming the rights of students to form Gay-Straight Alliances and other student groups to promote safer schools and creating more welcoming learning environments.

The Department’s Office for Civil Rights (OCR) has been working to support African American and LGBTQ youth by addressing both racial and sex discrimination in areas such as resource equity and opportunity, school discipline, and bullying and harassment. OCR has worked to address these and other types of discrimination that impact African American and LGBTQ youth through robust enforcement, policy guidance, and administration of the Civil Rights Data Collection.Â Furthermore, the White House Initiative on Educational Excellence for African Americans is proud to partner with National Black Justice Coalition (NBJC), a civil rights organization dedicated to empowering black LGBT people, which joined with the U.S. Small Business Administration to launch Many Faces. One Dream–an economic empowerment tour for LGBT communities of color.

To build on this work, the Initiative and NBJC will co-host the White House Summit to Support African-American LGBTQ Youth in June. The summit will explore the needs of African American LGBTQ youth and highlight promising and proven strategies to provide safe and supportive environments in which they and other students can learn and develop as the next generation of history makers.