The Criminal Justice System is Racist by Design 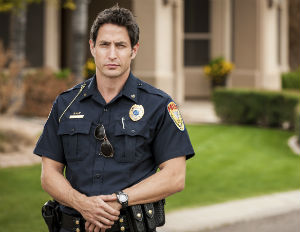 Hillary Clinton has a robust strategy to eradicate disparities in law enforcement. She plans to invest $1 billion in anti-bias police training, implement national guidelines for police conduct, and double funding for the Department of Justice’s Collaborative Reform Program. “People are crying out for criminal justice reform. Families are being torn apart by excessive incarceration. Young people are being threatened and humiliated by racial profiling. Children are growing up in homes shattered by prison and poverty. They’re trying to tell us. We need to listen,â€ Clinton remarked.

And yet, an honest examination of the history of policing in the United States makes it difficult to believe that, if implemented, her plans would achieve the desired outcome. One could even question how modest reforms to the criminal justice system can fix a system that is racist by design.

Slave Patrolling and the Racist Origin of Policing in America

Among the earliest documented roles of police, or patrollers, was to punish slaves traveling without a permit, capture runaways, and/or discipline rebellious or defiant slaves. “Slave patrols, which later became modern police departments, were designed to control the behaviors of minorities,â€ according to Dr. Victor Kappeler, professor of Justice Studies at Eastern Kentucky University. “Slave patrols helped to maintain the economic order and to assist the wealthy landowners in recovering and punishing slaves who essentially were considered property,â€ he added.

In 1704, the colony of South Carolina ordered the militia to organize an armed band of white men to actively stop, question and punish slaves. Virginia introduced a similar patrol system in 1726 and in 1753, the North Carolina General Assembly passed laws empowering any white citizen to apprehend slaves who ran away or otherwise violated the laws of the colony.

Vigilantes and the Preservation of Minority Patrolling

Although the slave patrol system was no longer needed to recover and punish slaves after emancipation in 1865, a new form of minority control was adopted. The slave patrol system more or less evolved into an informal system of vigilantism designed to preserve white supremacy, discourage social and economic progress, and weaken the black political establishment.

The Ku Klux Klan (KKK), for example, was founded in 1866 and extended into almost every southern state by 1870. The group became “a vehicle for white southern resistance to the Republican Party’s Reconstruction-era policies aimed at establishing political and economic equality for blacks,â€ according to historians at history.com. “Its members waged an underground campaign of intimidation and violence directed at white and black republican leaders.â€

The underground campaign was later normalized throughout the South, following the withdrawal of Union soldiers at the end of Reconstruction in 1877. Collaborations between white vigilantes and law enforcement were once again institutionalized during the Jim Crow Era.

“In the 1940s and 50s, county sheriff’s openly joined the Klan,â€ wrote Gilbert King in Devil in the Grove: Thurgood Marshall, the Groveland Boys, and the Dawn of a New America. “Law enforcement officers boldly attended Klan meetings armed and in uniform,â€ he added.

In some localities, the Jim Crow legacy of collaboration between police and law enforcement has persisted into the present. In Fruitland Park, F.L., for example, a recent FBI investigation revealed that two police officers were active members of the white terrorist organization. Â

Furthermore, in 2006, the FBI released a report citing growing concerns about law enforcement infiltration from white supremacist groups. “White supremacist presence among law enforcement personnel is a concern due to the access they may possess to restricted areas vulnerable to sabotage and to elected officials or protected Â persons, whom they could see as potential targets for violence,â€ the report concludes.

This growing concern, coupled with outdated, racist policing tactics, signals the enduring legacy of white supremacy in the criminal justice system. “We’re still operating on some system that we used to enforce Jim Crow laws, that were used to oppress people,â€ according to Ronald Davis, Community Oriented Policing Services director at the Department of Justice. “These are operational systems and policies and practices that exist today.â€