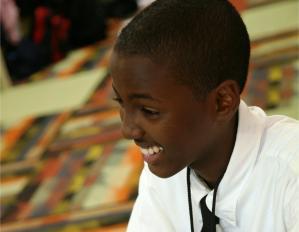 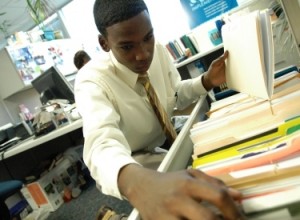 Wouldn’t it be great if there were an affordable school in your neighborhood that would enroll your son or daughter, even if he or she were three grades behind? What if that school were college preparatory and nearly all its graduates were accepted to two- and four-year colleges? Suppose it also exposed your high schooler to the world of the white-collar workplace by allowing him or her to work to earn a portion of his or her tuition.

This Corporate Work Study Program is used by the Cristo Rey Network–a network of 24 Catholic high schools across the country that were developed specifically to meet the needs of students in marginalized low-income communities. Although it isn’t public, and therefore not free, it’s designed to meet the needs of low-income parents by way of an innovative tuition model: Students work five days a month to earn 65% to 75% of their tuition.

Robert Birdsell, president of the Chicago-based Cristo Rey, says the schools serve a specific demographic. “We’re not here to serve the A student—that student can get a scholarship to a Jesuit high school,” says Birdsell. “We also can’t take the student who’s making all F’s—our students must be able to hold down a job, to alphabetize and do basic math.”

Although Cristo Rey’s work study program is unique, it was established to address the financial reality that low-income parents could not pay what Catholic high schools normally charge. But no one anticipated the coronal effect that working downtown at prestigious companies, exposure to the work world, and adult responsibility would have on the students.

“Working has taught the students things they might not have learned in the classroom—like tenacity and grit,â€ says Birdsell. “It’s given them hopes and dreams. They understand in a tangible way that college and things like a firm handshake are what lead to jobs like the ones downtown.â€

According to Birdsell, the typical Cristo Rey student is two to three grades behind, not because they’re incapable, but because they’ve been failed by the system. “I asked a student in our school in Baltimore what he liked about Cristo Rey, and he said he liked having the same English teacher. I asked him what he meant, and he said, ‘Well, last year I had nine English teachers.’â€